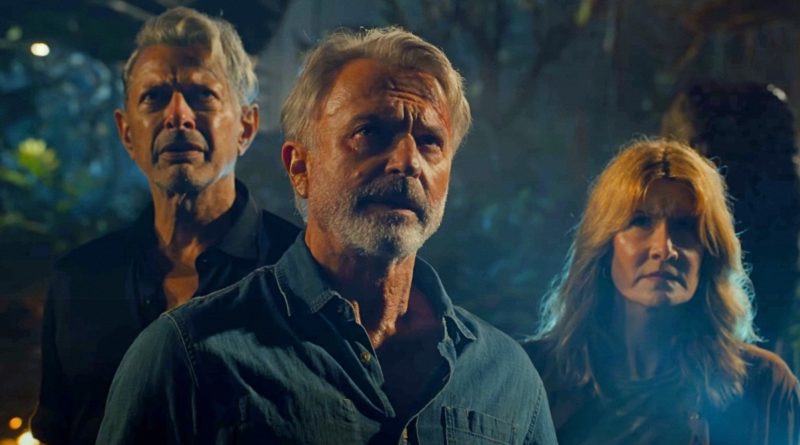 The first trailer for this summer’s Jurassic World: Dominion has debuted online, and it’s looking very promising for the film’s tie-in LEGO sets.

That’s because we might finally be able to escape the classic LEGO Jurassic World formula of jeeps, helicopters and enclosures, which has been firmly established across both the original 2014 movie and 2018’s Fallen Kingdom’s accompanying LEGO sets.

The third film in the Jurassic World trilogy unites Chris Pratt and Bryce Dallas Howard with the original Jurassic Park trilogy’s Sam Neill and Laura Dern, and finally lives up to the franchise’s name by taking its dinos out into the world. Check out the trailer below to see life, uh, finding its way all over the globe, which – when viewed through the lens of a LEGO fan – conjures up all sorts of interesting set ideas.

Dinos rampaging through city streets, Owen Grady’s cabin and, yes, probably that big plane being attacked by a pterodactyl could all feasibly be part of this year’s LEGO Jurassic World line-up, which is already confirmed to include sets based on Dominion.

Those will arrive on shelves in April, two months ahead of the release of the movie, and current rumours point to at least six different products inspired by Jurassic World: Dominion. Three more LEGO Jurassic World sets are expected to launch at the same time, but it’s not yet clear whether they’ll also be based on the threequel.

Last year’s mini wave of Jurassic World sets is currently available to order at LEGO.com, including 76940 T. rex Dinosaur Fossil Exhibition, but all five of those sets are scheduled to retire by the end of this year.

Support the work that Brick Fanatics does by purchasing your LEGO Jurassic World sets using our affiliate links.