Jurassic World: Fallen Kingdom is stomping into cinemas today in the UK, offering a new dose of dino mayhem.

The sequel to 2015’s Jurassic World, Fallen Kingdom reunites Chris Pratt as Owen Grady and Bryce Dallas Howard as Claire Dearing as the pair seek to rescue the dinosaurs from Isla Nubla, as the island’s volcano is about to erupt and wipe the genetically created critters out. There may be nefarious forces at work however, with the genetic tinkering seen in the last film having continued. Jeff Goldblum is back as Ian Malcom, too, reprising the role for the first time since 1997’s The Lost World: Jurassic Park. 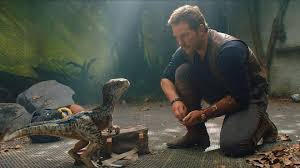