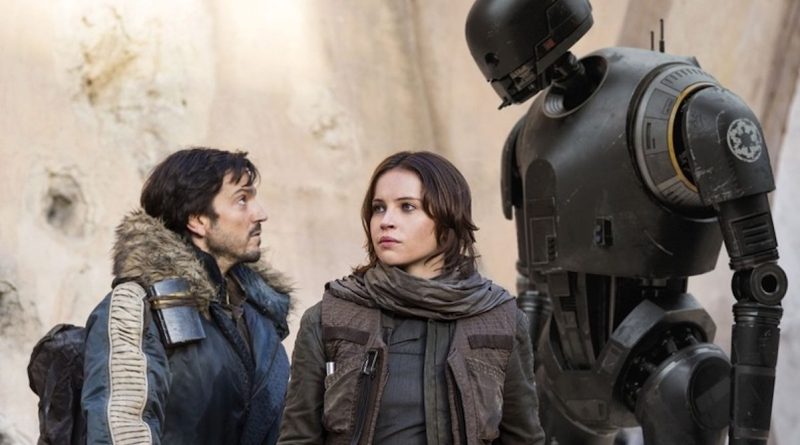 One of Rogue One: A Star Wars Story’s most endearing characters is seemingly appearing in the second season of Andor – the critically acclaimed Star Wars origin story.

The Andor prequel show has been going from strength to strength over the last few weeks, with Rotten Tomatoes giving it a critic’s score of 93%. Designed as a prequel of sorts to Rogue One: A Star Wars Story (which was, in turn, a prequel to A New Hope) the show follows a young Cassian Andor as he becomes radicalised against the Galactic Empire.

With the season finale appearing on Disney+ recently, Star Wars fans can now binge-watch the entire first season in a single go. However, they may find a few characters are conspicuous by their absence, given the show’s earlier time frame. Fortunately, a recent interview with Tony Gilroy (the show’s creator) suggests at least one will be returning to our screens.

While speaking to Collider, Gilroy was asked about droid character K-2SO appearing in Andor going forward. “Well, I think that’s one of the responsibilities of Part 2. Obviously, if we’re going to walk into Rogue, we have to deal with that,” Gilroy said.

That seems like a fairly strong confirmation of the droid’s appearance – which is encouraging, as K-2SO remains one of Rogue One’s strongest elements. Voiced by veteran voice actor Alan Tudyk, K-2SO is a reprogrammed Imperial droid turned Rebel ally. He’s renowned for his bad attitude and comic relief, so any more K-2SO we get is a welcome addition.

He’s even earned a couple of appearances in LEGO form – as a minifigure in 75156 Krennic’s Imperial Shuttle, and as an action figure of sorts in 75120 K-2SO. Sadly, those sets marked the beginning and the end of K-2SO’s LEGO presence. As such we’re hoping Andor will spur a new LEGO version, even if LEGO Andor sets have been remarkably thin on the ground so far.

Of course, with such a positive reception to the show – and plenty of subject matter to draw from – the chances of a new LEGO K-2SO in the future seem relatively high at the moment. In the meantime, you can pick up 75338 Ambush on Ferrix to get some of Andor’s main characters in LEGO form.