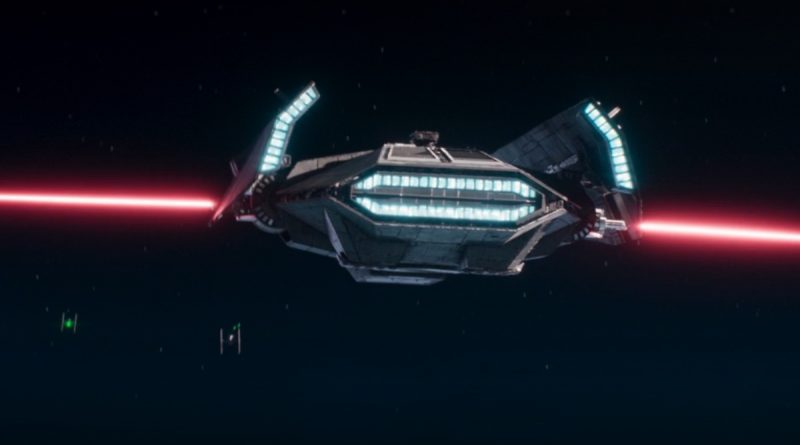 Star Wars: Andor’s first season has now wrapped, and its 12 episodes are primed for far more LEGO sets than just 75338 Ambush on Ferrix.

Beloved by critics and audiences alike, Andor – which is helmed by Tony Gilroy, who salvaged Rogue One in reshoots – arguably represents a new generation of Star Wars storytelling. That’s partly through its more adult themes and grounded visuals, but also through its resistance to fan service and easy merchandising opportunities – which could pose problems for the LEGO Star Wars team.

The first season’s 12 episodes aren’t completely devoid of potential for LEGO Star Wars sets, however, so there’s plenty that could join 75338 Ambush on Ferrix on shelves in the months and years to come. Here are 10 ideas for LEGO Star Wars: Andor sets that could fill the long wait until Season 2 arrives on screens.

(Fair warning: spoilers for the entire first season of Andor, including Episode 12, follow.)

The likes of 76200 Bro Thor’s New Asgard and 75319 The Armorer’s Mandalorian Forge have given us a template for small location-based sets, and Luthen’s art gallery on Coruscant would slot perfectly into that price point. There’s plenty of opportunity to litter it with all sorts of Easter eggs and nods to both Star Wars and LEGO Star Wars, and we can’t see any other way of getting our hands on a Kleya Marki minifigure.

The Quadjumper’s very brief appearance in Star Wars: The Force Awakens was enough to justify a LEGO version in 2017, so its equally fleeting reappearance in Episode 11 should also be enough to warrant revisiting it in bricks. This one has a different colour scheme and would obviously come with different minifigures, helping it to stand apart from 75178 Jakku Quadjumper.

75338 Ambush on Ferrix has given us a taste of the planet central to the first season of Andor, but its focus on vehicles does leave us yearning for a flavour of Ferrix’s surroundings. A couple of buildings not unlike the Jawa shop in 75290 Mos Eisley Cantina could be a great way to bring the place to life, and setting it within the context of Episode 12’s funeral opens things up to an action-packed display set.

If there’s one thing the LEGO Group loves, it’s a grey Star Wars ship. And with 75252 Imperial Star Destroyer and 75315 Imperial Light Cruiser both leaving shelves at the end of this year, there’ll soon be a vacuum in Imperial flagships, ready to be filled by the Cantwell-class Arrestor Cruiser glimpsed at the end of Episode 11. The unique Star Destroyer, equipped with three giant tractor beam projectors, is just begging to be turned into a £150 LEGO set.

While we can’t see the Chandrilan Embassy – or Mon Mothma’s permanent residence on Coruscant – justifying a regular LEGO Star Wars set, it’s the kind of thing that would make for a perfect May the Fourth exclusive, along the lines of this year’s 40531 Lars Family Homestead Kitchen. We’d love a Perrin Fertha minifigure in there too, but we’d also be happy with just Mon Mothma. It’s been a long time since her last LEGO minifigure, after all.

Here’s an alternative pitch for a Mon Mothma set: the senator’s limousine, which featured heavily in the first season of Andor. It’s a perfect way to get that Perrin Fertha minifigure, along with her driver, Kloris, and perhaps even Mon’s daughter, Leida. Plus, we all know how much the LEGO Star Wars team loves speeders…

One of Andor’s most thrilling sequences was the heist on Aldhani, coming at the end of nearly three episodes of carefully-planned build-up – both on and off-screen. The LEGO Group has precedent for this kind of playset with 2017’s sublime 75171 Battle on Scarif, and the Imperial base on Aldhani could fit just fine in that kind of template. It would need probably more minifigures than a set at its price point typically allows for, though.

With its gleaming white hallways and orange-tinted outfits, Narkina 5’s prison is filled with striking visuals, which would translate very nicely into a LEGO Star Wars set. It’s also a perfect excuse for yet another Andy Serkis LEGO minifigure, and given how central the location is to Andor’s personal journey towards joining the Rebellion, the LEGO Group would be remiss to ignore it altogether.

Let’s step away from minifigure-scale sets for a moment to consider Andor’s most toyetic character, B2EMO. Seemingly designed with merchandising in mind, the comic relief droid is screaming out for a brick-built adaptation akin to 75335 BD-1 (hopefully still with a tiny minifigure-scale B2EMO to sit alongside it). We can’t see every set in this list happening in the next couple of years, but B2EMO feels like a sure thing.

If there’s one vehicle from Star Wars: Andor we’d bet our house on coming to LEGO Store shelves within the next two years, it’s Luthen’s Fondor Haulcraft. Primed and ready to occupy the same price point as 75323 The Justifier, the sleek ship feels even more inevitable after strutting its stuff at the end of Episode 11. It basically turned into a giant double-bladed lightsaber, and you can’t ask for more than that from a Star Wars vehicle.

75338 Ambush on Ferrix is available now. Check out our review here.

One thought on “10 more LEGO sets we need from Star Wars: Andor”