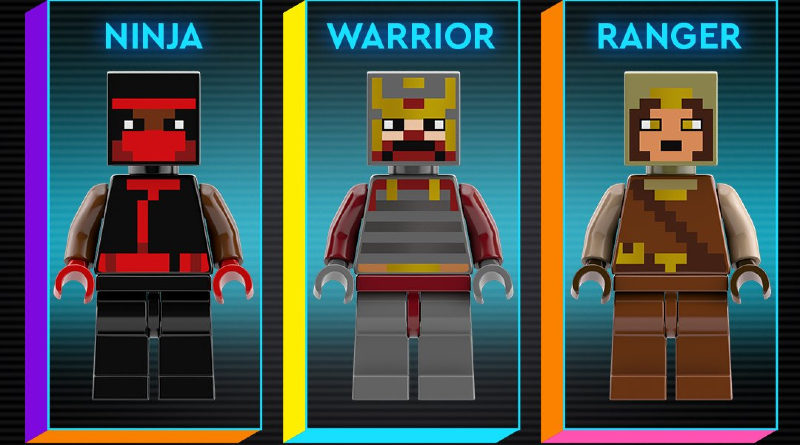 This is your friendly reminder that the poll to decide the appearance of an upcoming LEGO Minecraft minifigure is almost over, with time remaining to vote for your favourite.

As announced at LEGO CON, the fan vote to decide which of three skins would appear in a 2022 LEGO Minecraft set is coming to an end as the week-long poll ends within the next 24 hours.

You can see the three optional designs for yourself in the tweet below and as long as you have a Twitter account, you can still pledge your entry for either of the skins. There seems to be a general fantasy theme amongst them with a ninja, warrior and ranger all in the running. It makes us wonder if this could be teasing the topic for at least one of 2022 Minecraft models.

At the time of writing, the Ninja is far and ahead in the lead with a total of 56.4% of the votes, followed by Warrior and Ranger at 21.4% and 22.3% respectively. Don’t let that dissuade you if you prefer the latter two though as with just hours remaining there’s still time for the vote to be turned around.

We’ll let you know when the results of this fan vote are revealed as LEGO Minecraft builds are no doubt eager to see which of the three minifigure they’ll be able to get their hands on for the block-based adventures.

We’ll also keep you updated when we know about LEGO Minecraft for 2022, but if you’d like to listen to the dedicated Q&A panel at LEGO CON, the full show is now available to rewatch.