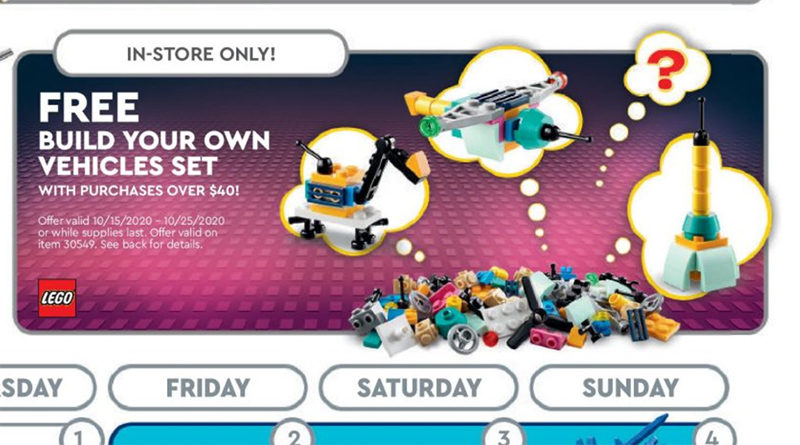 LEGO 30549 Build Your Own Vehicles will be available as part of a promotion at physical LEGO Stores in October.

Fans will be able to get a new free polybag set, LEGO 30549 Build Your Own Vehicles, from LEGO Stores in October. The Brick Fan has shared the new LEGO Store calendar, which shows the promotion as running from October 15 until October 25.

Anyone spending $40 or more will get the new polybag for free. It looks like the set will include instructions for a few mini models, with inspiration encouraging builders to use the bricks to put something new together. There’s a nice mix of coloured elements in the little set.

Those spending $100 or more will be able to combine it with another deal, which sees 40413 MINDSTORMS Mini Robots free with purchases totalling $100 or more, also from October 15 until October 25.

LEGO MINDSTORMS 51515 Robot Inventor will be released in October. The latest generation of the coding system uses new LEGO Powered UP elements to take the theme to a new level technologically. The 949 piece set was delayed from its intended August release.