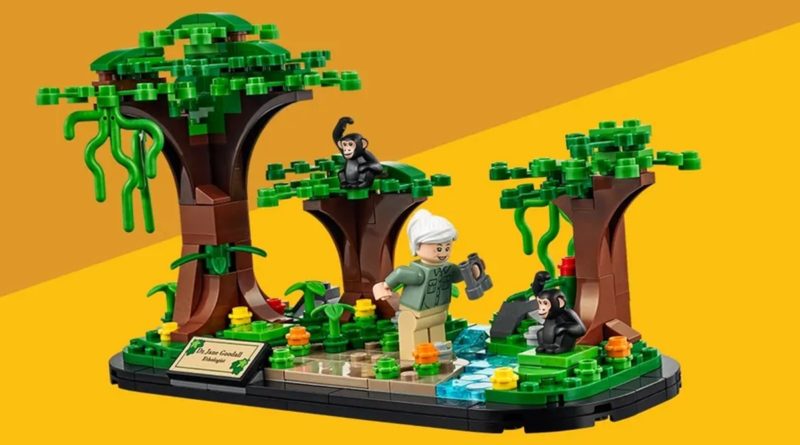 40530 Jane Goodall Tribute has finally arrived in Australia and New Zealand, more than two months after it was originally available at LEGO.com in the UK and Europe.

The reason for the delay to the gift-with-purchase has still not – and presumably never will be – revealed, but given most of this year’s May the 4th promos have just wrapped up worldwide, it’s good timing for another freebie down under. You’ll need to spend AUD$199 to score the 275-piece boxed gift, which includes a Jane Goodall minifigure and three chimpanzees.

Unlike the recent LEGO Star Wars goodies, there are no restrictions on what to buy to snag 40530 Jane Goodall Tribute, so you can take your pick from any of the new stuff. That doesn’t include 76989 Horizon Forbidden West: Tallneck and 10300 Back to the Future Time Machine, which are both out of stock in Australia and New Zealand at the time of writing, but there’s plenty still available across other themes.

For instance, most all the new Jurassic World sets are still available, either for immediate shipping or – in the case of 76956 T. rex Breakout – on back order, which is still a viable means of securing 40530 Jane Goodall Tribute. Elsewhere, you can pick up both of the new Botanical Collection sets, 10309 Succulents and 10311 Orchid, to form part of your qualifying order, along with Marvel’s 76208 The Goat Boat.

You can also pre-order a handful of sets for release in June or August, including 75325 The Mandalorian’s N-1 Starfighter, 76406 Hungarian Horntail Dragon and 76217 I am Groot. None of those will individually reach the required spend threshold, but a combination of those and other sets will make for a great LEGO summer ahead.

If you do somehow still have a Star Wars itch to scratch post-May the 4th, a handful of sets from a galaxy far, far away are also still available with up to a 15% discount in Australia and New Zealand, including 75305 Scout Trooper Helmet, 75315 Imperial Light Cruiser and 75292 The Razor Crest.

40530 Jane Goodall Tribute will be available with a $199 spend in Australia and New Zealand until May 15, or while stocks last. Check out our review of the gift-with-purchase here.