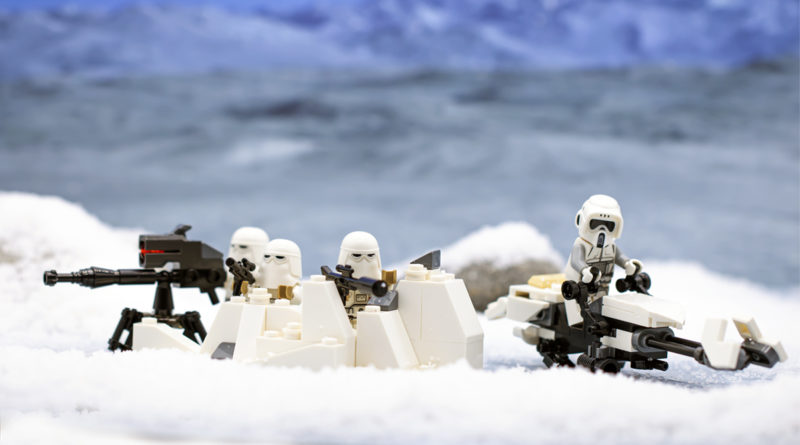 2022 sees the hugely-anticipated return of LEGO Star Wars battle packs, but will 75320 Snowtrooper Battle Pack prove to have been worth the wait?

Battle packs have always been a popular way for army builders to build up their squadrons. Whether it be Stormtroopers, rebels, aliens, Clone Troopers or, erm, Jawas, they’ve offered a great way to get hold of a collection of minifigures and small vehicles since 2007.

They seemingly went on hiatus in 2021, however, and many fans were worried they’d seen the end of the classic LEGO Star Wars battle pack. Thankfully, the LEGO Group assured us they would return, and it’s kept to its word for 2022.

75320 Snowtrooper Battle Pack marks a timely return for the format as the three Snowtroopers, Scout Trooper (appearing in Hoth fatigues for the first time), speeder bike and E-Web blaster will fit perfectly with the newly-released 75313 AT-AT.

But amid a significant price increase on previous battle packs, is there enough to this package to make it worth amassing an army?

The minifigures are the stars of the show, and we’ll get to those soon, but before we do there are three smaller builds to dissect. The speeder bike shares its design with the two that appear in 75313 AT-AT, which is no complaint as it’s an excellent design that’s as enjoyable to put together as it is to look at. It also makes perfect sense for the same design to appear in both sets, as it will create uniformity across the two.

The E-Web blaster looks equally as effective and, thanks to the newly-integrated stud shooter placed on top, it looks like it packs a real punch. It’s a much meatier, larger and overall more devastating E-Web blaster than anything that’s come before it. If the E-Web blaster is disassembled there are also some great parts that can help modify the troopers’ blasters, creating some interesting custom designs.

Historically battle packs contained four minifigures and one or two small builds of some sort. This year marks a departure from that formula. As well as the expected speeder bike and bonus E-Web blaster, this set also contains a third build consisting of a slice of terrain, not unlike 75267 Mandalorian Battle Pack.

It comes together quickly but is of a decent size and looks brilliant. The mix of white slopes and dark grey instantly conjures up images of Hoth, and there’s enough room for all three Snowtroopers and the E-Web blaster to be stationed behind. It’s a welcome addition and makes for a great way to display the set when play has finished.

Overall, these are three enjoyable and excellently-designed builds that go above and beyond the usual standard for LEGO Star Wars battle packs.

Snowtroopers and Scout Troopers are two of the coolest-looking soldier types across the entire saga, so to have a battle pack that contains both is a real plus point. The three Snowtroopers are the same excellent variant that first appeared in 2019, but continuing the LEGO Group’s welcome push for diversity, each has a unique head.

The Scout Trooper appears in Hoth fatigues for the first time and looks pretty awesome. The black under-armour has been replaced by light grey, which gives the trooper an incredibly unique look, and underneath the fantastically-designed dual-moulded helmet is a fierce female face print.

Like the three aforementioned side builds, all four minifigures are brilliantly conceived, and when placed around the snowy terrain really help bring the set to life. Oh, and did we mention that there isn’t a single stud-shooter in sight? For the first time in years, all four minifigures come armed with standard blasters.

This is the sticking point. The year-long absence of battle packs has led to a huge £5 / $5 / €5 increase in price since 75266 Sith Troopers Battle Pack and 75267 Mandalorian Battle Pack hit shelves, and you’re not really getting any more for your money here. The part count is pretty much consistent with previous battle packs, and you’re still only getting four minifigures.

On the plus side, they are four very cool minifigures that offer true army building potential – there are no slots wasted on officers or pilots – and the builds are all far and above typical battle pack filler material.

Battle packs are back, and better than ever – but at a very tangible cost.

75320 Snowtrooper Battle Pack is a great return for the format after a year off. The minifigures are excellent, especially the exclusive Scout Trooper. The fact they are armed with standard blasters, and one buildable long-range rifle – as opposed to stud-shooters – also allows for these minifigures to integrate more authentically into other sets and dioramas.

The three builds are enjoyable to put together and really add to the overall experience. The terrain also makes for a great way to display the set, which is something very rarely said about a battle pack.

It’s more expensive than previous sets and so makes for a much more costly way to build up armies. But the price is really the only negative that can be levelled at 75320 Snowtrooper Battle Pack, which otherwise comes in as an excellent accompaniment to 75313 AT-AT and 75322 Hoth AT-ST, and will surely be worth stocking up on when it hits any kind of discount.

How long does it take to build LEGO Star Wars 75320 Snowtrooper Battle Pack?

Longevity isn’t a huge priority for battle packs – you’re here for the minifigures – and 75320 Snowtrooper Battle Pack will only take around 20 minutes to put together.

How many pieces are in LEGO Star Wars 75320 Snowtrooper Battle Pack?

75320 Snowtrooper Battle Pack doesn’t have a huge piece count, just 105 parts, but it does come with three excellent minifigures.

How much does LEGO Star Wars 75320 Snowtrooper Battle Pack cost? 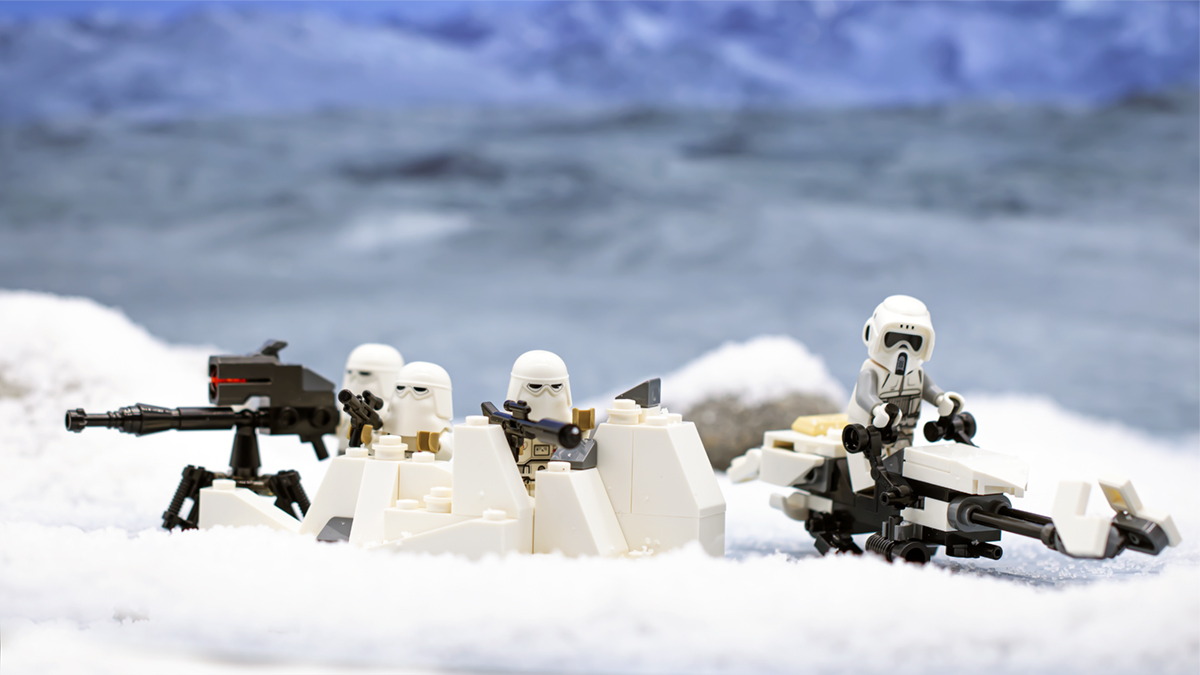