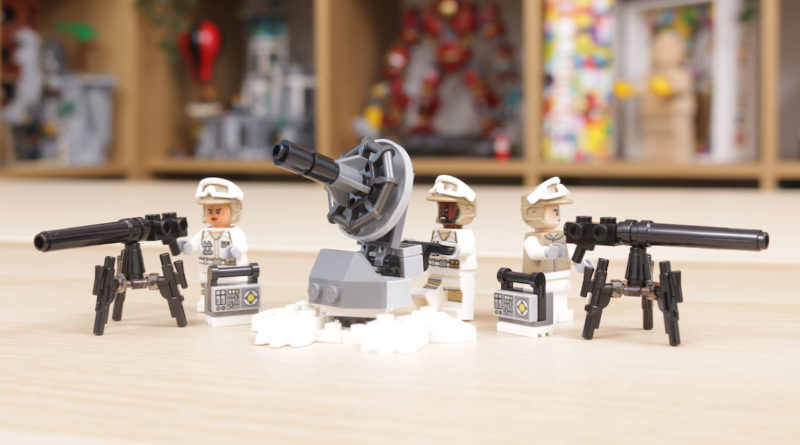 40557 Defence of Hoth is at the cheaper end of LEGO Star Wars’ new strategy around battle packs, but are there signs of cut costs?

Coming in at a price of £13.49 / $14.99 / €14.99 and offering up 64 pieces and three minifigures, 40557 Defence of Hoth is LEGO Star Wars’ cheaper alternative to its four-minifigure battle packs that – at least as we know them – have been phased out. In their place are… four-minifigure battle packs just like before, but 50% more expensive (75320 Snowtrooper Battle Pack), and these minifigure accessory packs like 40558 Clone Trooper Command Station and 40557 Defence of Hoth.

You can see what the LEGO Group is trying to accomplish here – a compromise resulting from market forces otherwise pushing prices up. Yes, you can still have your battle packs at this ridiculous price increase, but to help with that here’s something a little smaller that’s at least a little closer to the previous price you were used to. It’s a more creative attempt at a solution than just hiking up the prices, as it at least brings new ideas into the market.

And 40557 Defence of Hoth certainly feels like a new idea, as does 40558 Clone Trooper Command Station. These aren’t quite big enough to be comparable to battle packs of old, nor small enough to be put side to side with perhaps advent calendar builds or Collectible Minifigures.

They are very much their own thing, for better or worse. And if you look at the price tag, it’s for worse, because it’s truly a lot less LEGO for your money.

However, where 40558 Clone Trooper Command Station frustrates in minifigure selection – which is the crux of each of these sets – 40557 Defence of Hoth at least offers a little more appeal, primarily thanks to just running with three regular Hoth-suited rebels.

There’s nothing fancy in their attire attributable to a particular rank, so here are three fully interchangeable and highly multipliable minifigures perfect for building an army. One copy of 40557 Defence of Hoth or three copies of 40557 Defence of Hoth, you get the beginning of a collection of rebel troops that you can just continually add to.

By comparison, 40558 Clone Trooper Command Station is not the same sort of set because one of its three minifigures is useful to have only one of – the Clone Commander. 40557 Defence of Hoth avoids that and is all the stronger for it.

The mini builds are okay, but there are few other words to use to fairly describe them – the dish turret is small but neatly designed while the two tripod guns are detached from their respective power cells, which looks odd. In place of those power cells perhaps a couple of backpacks for two of the minifigures would have been better.

Price, though, is where truly describing 40557 Defence of Hoth as an army builder becomes difficult. While it’s the same (or slightly more) in price than the battle packs that ran up to 2020, it’s still offering one minifigure less and about half as many pieces. That’s difficult to take and means that it will be a while before we can adjust and focus purely on the contents of such sets. They are expensive.

40557 Defence of Hoth is a fun little set and a better realisation of what a LEGO Star Wars minifigure accessory pack can be, particularly in comparison to 40558 Clone Trooper Command Station.

It has great army-building potential, with a neat selection of minifigures and reasonable accessories too. The price is not easy to accept, though, and it’s not likely we can wait for these to be on sale – other minifigure accessory packs have been very much exclusive to LEGO.com and LEGO stores. No finding these at 33% or even 50% off in supermarkets like with battle packs.

How long does it take to build LEGO Star Wars 40557 Defence of Hoth?

Not very long at all. There are only 64 pieces included in 40557 Defence of Hoth so unless you try it with your weaker hand or eyes closed, you’ll have it built within five minutes.

How many pieces are in LEGO Star Wars 40557 Defence of Hoth?

There are only 64 pieces included in 40557 Defence of Hoth, as it is primarily a minifigure accessory pack and branded as such.

To give you an idea of size, the length of each tripod cannon comes in at around 6.5cm, which is coincidentally the same measurement as the height and length of the dish turret.

How much does LEGO Star Wars 40557 Defence of Hoth cost? 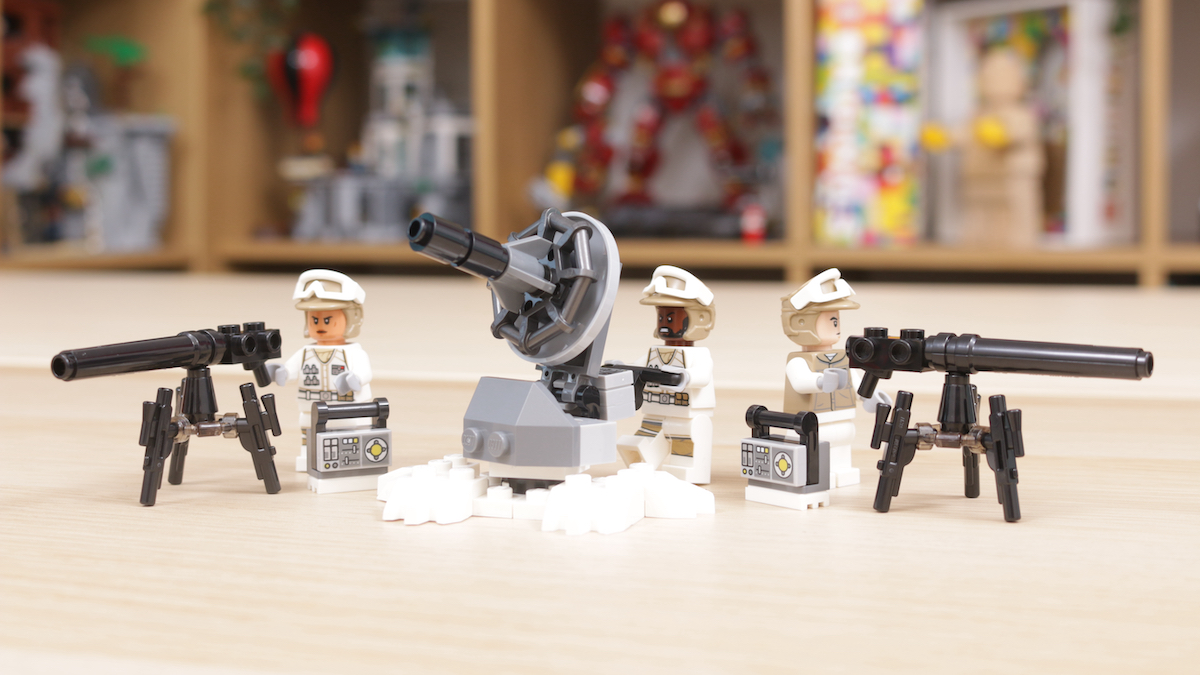