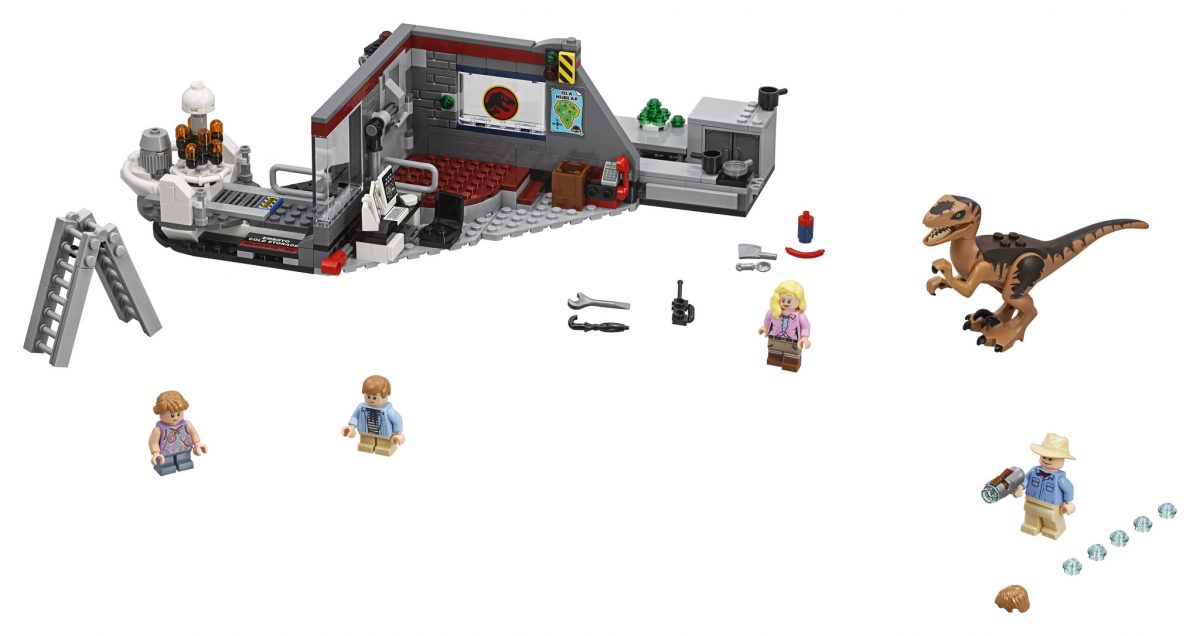 What is sure to be a crowd pleasing entry in the LEGO Jurassic World theme, 75932 Velociraptor Chase, has been revealed with official images.

Wal*Mart has published these official images of the new set, giving fans a first look at the set that was rumoured back in February.

Clearly a lot is squeezed into this vignette style set, that represents several locations in the Command Centre. The kitchen, where the raptors pursue the children is incorporated, complete with jelly. In the control room, designers have included the computer where Lex must restore the park’s systems and the phone that Alan Grant uses to contact Hammond. A buildable ladder allows the heroes to escape into the ceiling. The cold storage, from where Nedry steals the DNA samples, is also part of the set.

For many, the minifigures will make this set, as it includes Alan Grant, Ellie Sattler, Lex and Tim. The classic Jurassic Park version of a raptor is also highly appealing to fans of the movie.