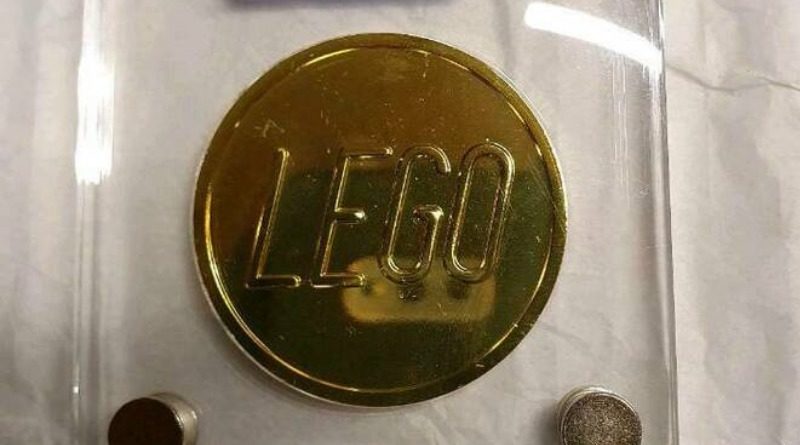 The LEGO Group has accidentally sent one LEGO VIP member the third Collectible Coin ahead of schedule.

Promobricks reports that the recipient had ordered this month’s Pirates coin from the VIP Rewards Centre, but instead received what’s presumably the third coin in the collection – an oversized version of the classic LEGO gold coin.

You can probably guess what happened next. The coin quickly found its way to eBay’s classified listings in Germany, and just as quickly disappeared (presumably after being snapped up by an eager buyer).

Still, it gives us a good look at what to expect from the next coin in the series, even if we don’t yet know when it will be available. The first Castle coin popped up mid-January, while the second went live at the start of February.

Both those coins are now long gone from official channels, and fetching very good money on the aftermarket (as is the case that holds all five). Based on the current release schedule, you can expect the next coin to show up either later this month or in March, but we’ll let you know as soon as it’s live.