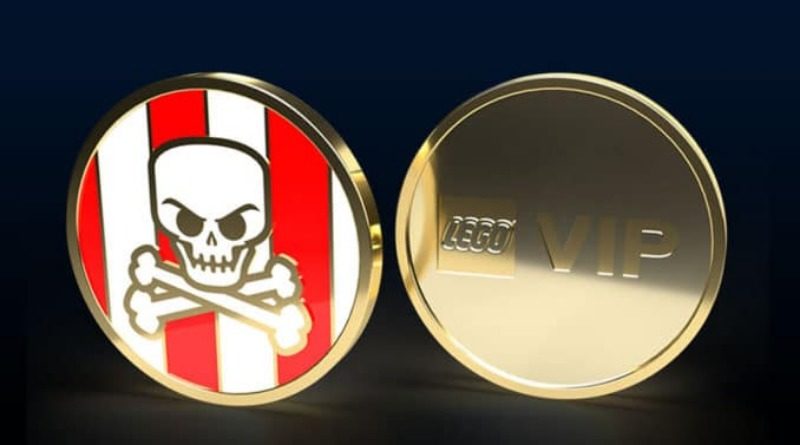 The LEGO Pirates Collectible Coin is now available to redeem from the VIP Rewards Centre for 1,150 points.

That’s roughly equal to £7.20 in rewards vouchers, placing a direct value on the second coin in the ongoing series. The first – based on Castle – launched last month and swiftly sold out, along with the commemorative case that holds all five.

The case unfortunately hasn’t returned to the VIP Rewards Centre with the Pirates coin, so it’s safe to say whatever limited stock was available has now gone. But if you did pick it up, you’re really in it for the long haul, because you’re going to need all five coins to fill it.

You’ll want to head over to the VIP Rewards Centre as soon as possible if that is the case – particularly given how quickly the first coin sold out. You’ll need to place a LEGO.com order to redeem your code for the coin, and either pay for shipping or buy enough to qualify for free delivery.

That shouldn’t be too hard at the moment, as the first day of a new month means new LEGO sets and new offers. LEGO Ideas 21325 Medieval Blacksmith is now available, for example, while 71741 NINJAGO City Gardens is available to everyone (not just VIPs).