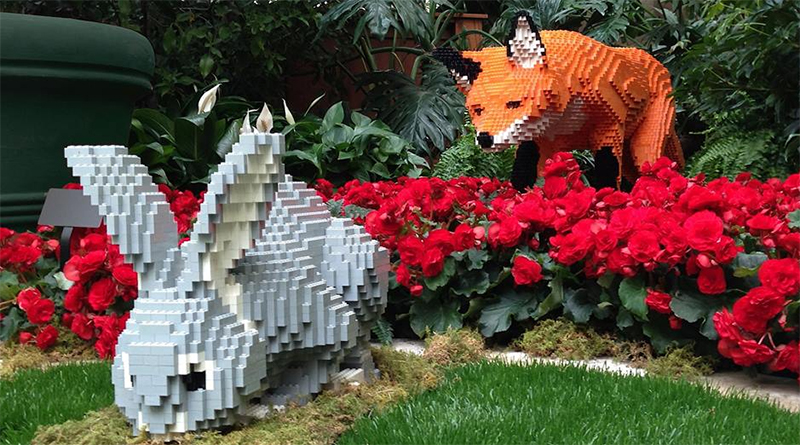 After accusing an employee of fraud and theft in a dispute about LEGO art, Iowa State University has settled out of court, paying all of her legal fees and backdated pay.

Three years ago, Iowa State University claimed that Teresa McLaughlin’s employment working on Nature Connects, the LEGO Certified Professional Sean Kenney’s exhibit, was in conflict with her work for the University. She was sent a letter informing her that she was under investigation and much stop working for the institution.

In 2012, McLaughlin hired Sean Kenney to build sculptures for the University’s Reiman Gardens, before taking on a role as director of Nature Connects. She worked with Kenney on a travelling exhibition of models that went to zoos, gardens and other locations around the world.

New Jersey Herald reports that by 2016 questions were being asked about the finances of the operation – McLaughlin was contracted to receive 10% on exhibit sales under her University of Iowa contract. Around the same time, there was a breakdown in the relationship between her and the University.

When she received the letter from the University’s legal team, McLaughlin stopped receiving the payments she was owed so filed a lawsuit, with led to counterclaims including “breaching her fiduciary duty and committing fraud”.

For over two years, the legal battle has gone on, until the University withdrew its allegations amid a settlement. The former employee has received $225,000 in wages and attorneys’ fees, will have health insurance until 2022 and has been given a letter explicitly stating that she was an honest employee during her tenure.