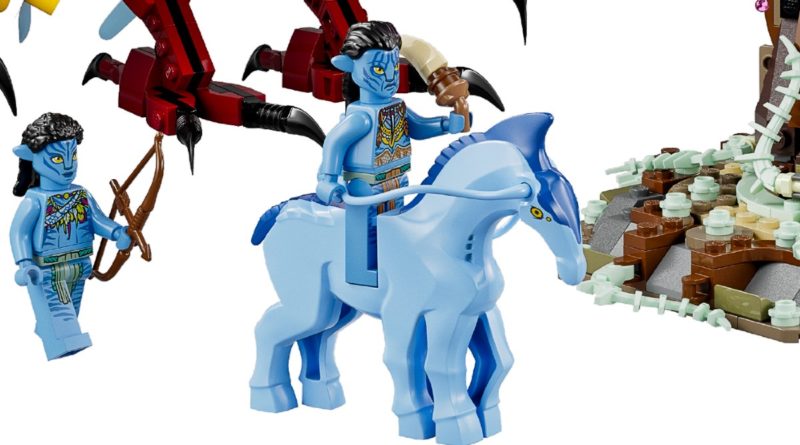 Following an early unveiling by Walmart, the first LEGO Avatar set has been officially revealed, confirming the brand new theme.

Yes, LEGO Avatar is the newest theme to be released later this year as the world of Pandora and its citizens get recreated in bricks. The Na’vi are significantly taller than humans, usually portrayed with minifigures, so a pair of older elements used for Woody from Toy Story have been brought back for the taller minifigures.

As well as the long arms and legs, 75774 Toruk Makto & Tree of Souls also includes the titular tree of souls and its roots, with upside-down antennae depicting the hanging vines. A small landscape with floating rocks is included to help set the scene.

The Direhorse also uses a new brick to represent the six-legged creature and it’s joined by the giant Leonopteryx using fresh pieces too. The design of this beast might be familiar to those who like NINJAGO, with an organise design that incorporates the necessary features that make the Leonopteryx recongisable.

Support the work that Brick Fanatics does by purchasing your LEGO Avatar sets using our affiliate links.