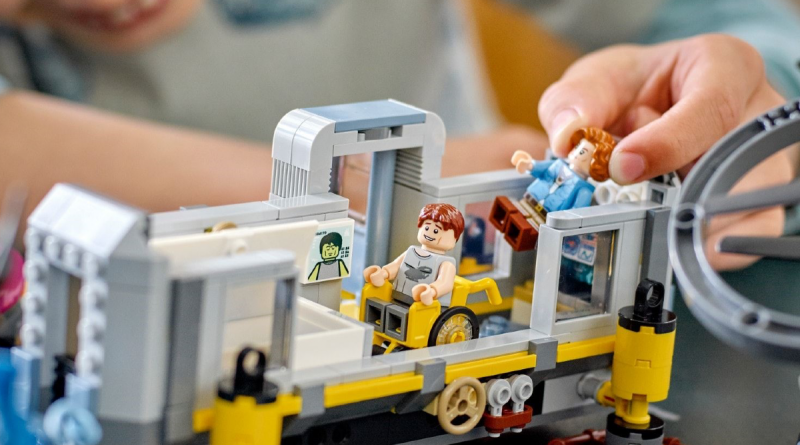 The recently-announced LEGO Avatar sets are ideal if you’re after unusual elements or colours for your own builds.

Released back in 2009, James Cameron’s sci-fi epic Avatar thrived on the boom in 3D films. The movie (starring Sam Worthington, Zoe Saldana and Sigourney Weaver) went on to become one of the highest-grossing films ever created. Now a sequel – Avatar: The Way of Water – is releasing at the end of this year.

That sequel is inspiring a brand new LEGO Avatar theme, whose first wave of sets has recently been unveiled. Five will be available for purchase in the months ahead, each of which takes its cues from the first Avatar movie. More LEGO sets inspired by The Way of Water will presumably follow it.

The reportedly high prices of the sets may deter some LEGO fans from picking them up. However, the theme does have plenty of intriguing components to whet the appetite of custom builders.

The most obvious draw on this front are the new creatures and characters in the Avatar theme. The six-legged horses are of immediate interest, as are the banshee creatures that Jake and Neytiri ride. The latter creatures boast unique head elements and flexible wing pieces with elaborate designs.

The humanoid characters are also particularly appealing. The Na’vi minifigures famously use longer legs and arms – previously introduced in the Toy Story theme, and presumed gone for good from LEGO sets. That said, the humans may be of greater value to some LEGO fans.

A LEGO Grace Augustine minifigure means Sigourney Weaver has finally returned to the LEGO lineup. The actor previously appeared in LEGO form via 75827 Firehouse Headquarters, as a glammed-up Dana Barrett. However, this new minfigure may prove more versatile – and nowadays, easier to acquire.

Jake Sully also appears in the set, with what appears to be a new wheelchair element. This has a different shape, possible new wheels and a bright yellow colour scheme. This could therefore be of use to anyone wanting more disabled representation in their LEGO worlds.

Other points of interest in the sets include the wide range of colourful elements, reflecting Pandora’s vibrant wildlife. Some return from older sets – the transparent-green boulders have been used in the Disney theme, for instance. But there’s also a variety of pink, teal and sand green elements, and intriguing recolours – like pale green carrots and pale blue vines.

As such, even if you’re not a fan of the Avatar theme, you may find something in the sets to like – whether you buy them yourself, or hunt down the parts on sites like BrickLink. The LEGO Avatar theme will arrive on October 1, and will be available for purchase at LEGO.com.

One thought on “LEGO Avatar could be the perfect parts pack”