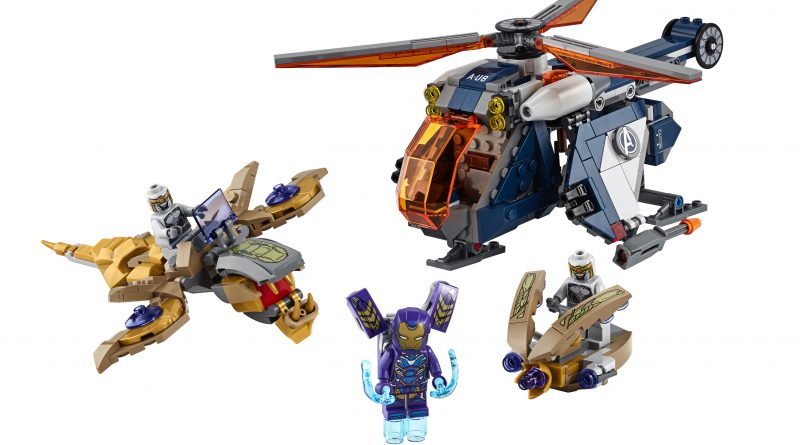 A new LEGO Avengers: Endgame set inspired by the Marvel Cinematic Universe will be Avengers Hulk Helicopter Drop, which will be on display at San Diego Comic Con.

Following the wave of sets already released, at least one more Avengers: Endgame LEGO set will be coming on November 25 in the USA. Avengers Hulk Helicopter Drop will be on the way next year, Gizmodo announces.

The 482 piece set is loosely based on the film’s final battle, including two Chitauri, Infinity Hulk, armoured Pepper Potts and Black Widow. The building aspect is all about a helicopter and platforms for the Chitauri. The set will retail for around $60.

As well as seeing the new model on display, those attending San Diego Comic Con will be able to try and score the exclusive Marvel set, 77902 Captain Marvel and the Asis.

40334 Avengers Tower (review) is currently free at shop.LEGO.com for those spending £75 or more on Marvel sets. Five sets based on Avengers: Endgame are available and qualify for the free items: