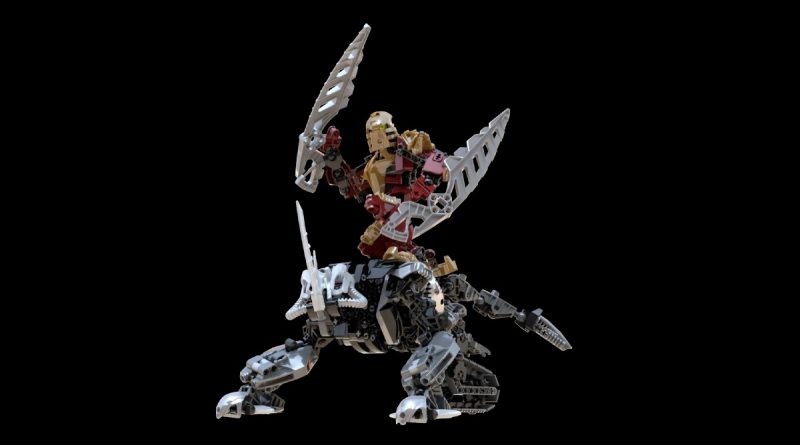 While LEGO Ideas’ 90th-anniversary BIONICLE contest had a slow start, it’s now closed with almost as many entries as the Pirates, Castle and Space competitions.

Throughout July and into August, the LEGO Group has been running a series of contests on LEGO Ideas to celebrate its 90th anniversary. Following a first broad brief that called for microscale models of any LEGO set from the past nine decades, the four subsequent contests focused on each of the finalists in last year’s 90th-anniversary poll: Space, Castle, Pirates and BIONICLE.

Roughly a week into the intake period for the BIONICLE contest, however – which asked for original BIONICLE-themed builds (though not necessarily using constraction elements) – submissions were relatively few and far between. By July 27, only 41 entries had been approved by the Ideas team – in stark contrast to the 440 and 469 builds submitted to the Castle and Space contests respectively. Pirates, meanwhile, had a total 282 entries at the time.

The submission windows for both the Pirates and BIONICLE contests have now closed, and the final tallies are actually a very close-run thing: a total of 403 swashbuckling builds were approved for the Pirates contest, while BIONICLE ended up with a very respectable 396 entries. Among those are an impressive mix of builds that use either (or both) System or classic BIONICLE constraction elements, but all channel the DNA of the cult LEGO theme.

It’s proof, if ever it was still needed, that there’s still so much love out there for BIONICLE – and it also means that competition for each of the contests’ prize pools is almost equally fierce (with the exception of the first microscale contest, which soared to nearly 1,000 entries, and is therefore way more fierce than the rest).

The winners of each 90th-anniversary contest will take home the full range of celebratory sets, including 10497 Galaxy Explorer, 10305 Lion Knights’ Castle, 11021 90 Years of Play, 30510 90 Years of Cars and 40567 Forest Hideout. We’ll find out who’s come out on top on August 10, when the LEGO Ideas review board announces the winners of all five contests simultaneously.