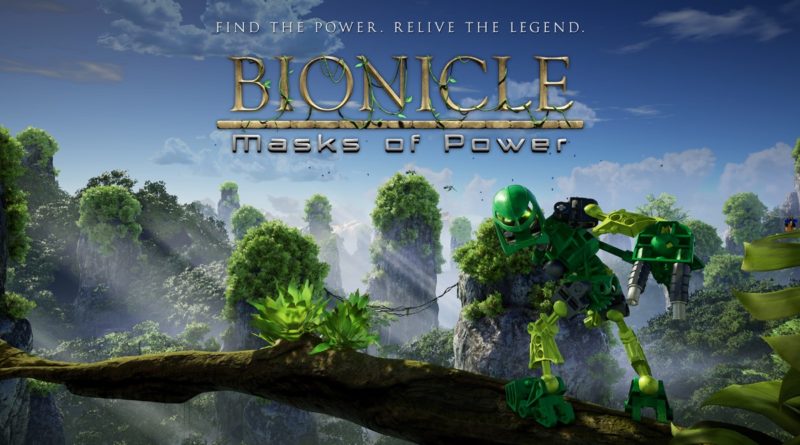 The developers behind a fan-made LEGO BIONICLE video game have released a teaser trailer for the project to celebrate 810NICLE Day.

Yesterday was unofficial ‘BIONICLE Day’ (in addition to being the LEGO Group’s 89th birthday), as August 10 – or 810 (BIO) – has come to be branded by the community. To celebrate, Team Kanohi debuted a teaser trailer showing off the environments in its fan-made video game, Masks of Power.

Based on the long-retired cult constraction theme that helped to pull the LEGO Group back from the brink of bankruptcy in the early 2000s, Masks of Power has been in the works for five years – but looks almost ready to launch, given it’s now available to add to wish lists on Steam.

“Bionicle: Masks of Power is a fan-made open-world adventure set in the BIONICLE universe, reliving the legend of the mighty Toa and their perilous quest to collect the kanohi masks of power, free the islanders of Mata Nui, and defeat the evil Makuta!” reads its description on Steam, describing how the game will revisit the official theme’s original storyline.

The title has been built from the ground up in Unreal Engine 4. As it’s been developed by fans, and is therefore completely unofficial, Masks of Power will be free to download when it launches. There’s no word yet on when exactly that will be, but the Steam page promises a demo is coming soon.

It’s not the only BIONICLE game in the works right now, however. CrainyCreations has been plugging away at a fan-made remake of the cancelled sequel BIONICLE: Quest for Mata Nui for the past six years, and the LEGO Games team has even voiced its support for the project.