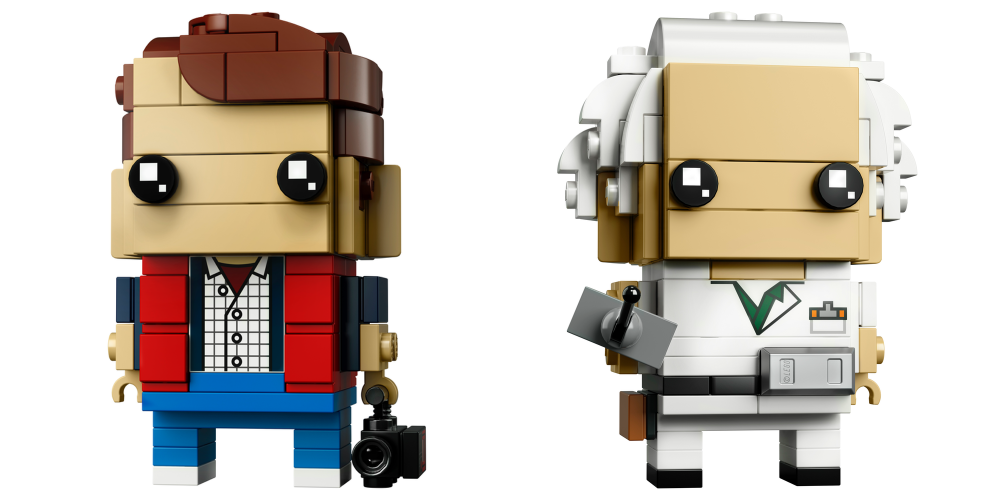 LEGO BrickHeadz 41611 Marty McFly and Doc Brown has been officially announced by the LEGO Group.

Despite the set being available already in certains stores, the LEGO Group announced LEGO BrickHeadz 41611 Marty McFly and Doc Brown – just in time for it to be overshadowed by the launch of the Solo: A Star Wars Story products. 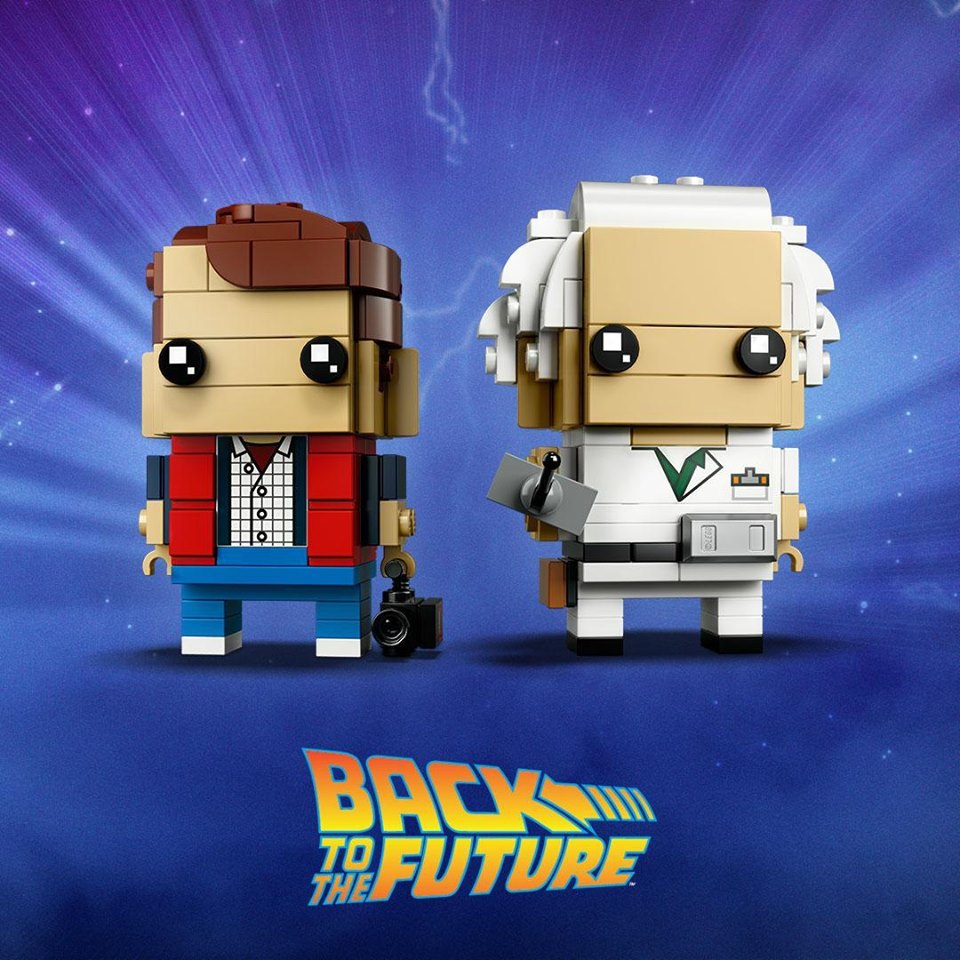 These LEGO BrickHeadz 41611 Marty McFly and Doc Brown construction characters are fun to build using colorful LEGO bricks that recreate all their iconic details from the blockbuster Back to the Future movie, including the maverick scientist’s white overalls and the time-traveling teenager’s red puffer vest. Doc also has a detachable DeLorean time machine controller, while Marty comes with a detachable camcorder. Each character stands on a buildable collector’s baseplate with BrickHeadz icon for easy display in your home, office or anywhere—at any time—you like.

This is the fourth LEGO set based on Back to the Future. It was Ideas that first saw the arrival of Marty and Doc in the LEGO universe, with the release of 21103 The DeLorean Time Machine, a set that proved popular upon release. LEGO Dimensions then added content from the classic film trilogy with 71201 Back to the Future Level Pack and 71230 Back to the Future Fun Pack.