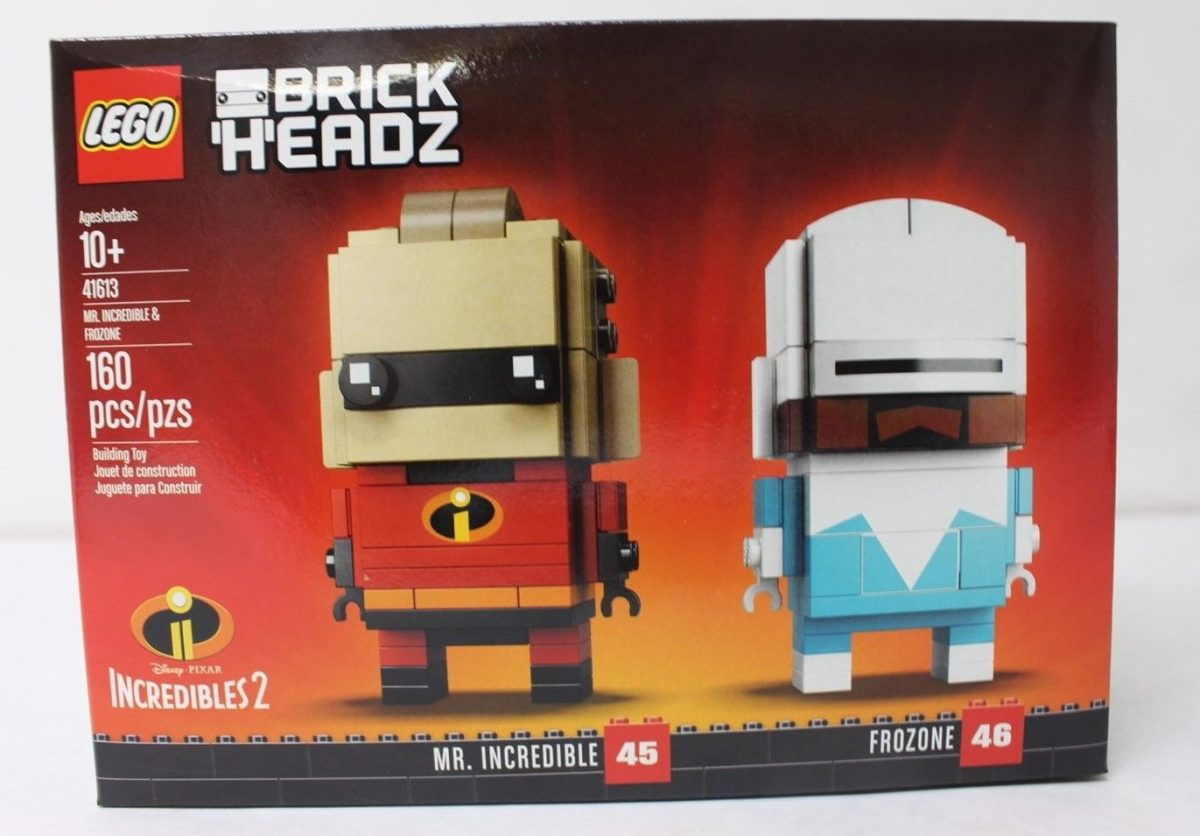 A new LEGO BrickHeadz set based on Incredibles 2 has been found – 41613 Mr Incredible & Frozone.

Yet another new LEGO BrickHeadz set has been found, based on the new Disney Pixar movie, Incredibles 2. 41613 Mr Incredible & Frozone is available to buy at the LEGOLAND Florida Resort, with some entrepreneurial eBay sellers taking advantage of the early release. The set contains 160 pieces that build the two heroic characters who first appeared in The Incredibles.

While it will be fun for fans of the film to own these two characters as BrickHeadz statues, the collection would of course feel more complete with the rest of the family. With how well this set has been kept under wraps, it is possible that more Incredibles 2 inspired BrickHeadz sets could be on the way.