The LEGO Bricktober minifigure sets, once intended as worldwide Toys R Us exclusives, are now expected to turn up at LEGO Stores and the official online shop.

Back when Toys R Us was still a worldwide toy retailer, each year the LEGO Group partnered with the shopping destination on a promotion known as Bricktober. Before, during or after October, fans in the US and selected other countries would be able to get special gift with purchase sets. In recent years, these were sets of four minifigures, with products for 2018 developed and produced ready for release. 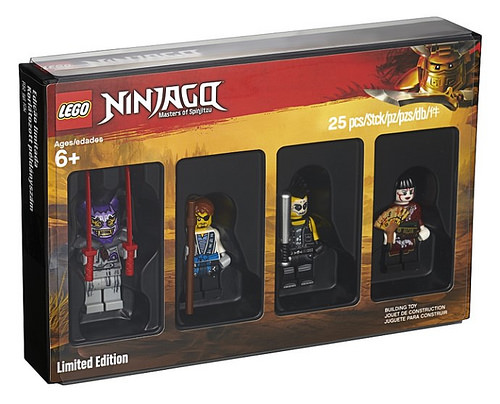 It may be that all four sets will be available in the US, with the Harry Potter box a shared exclusive between Barnes & Noble and the LEGO direct retail chain. Alternatively, this may not apply to the US, and may only be relevant for the UK and other countries in Europe. It is most likely that fans will find out when the LEGO Store calendars for the next few months are released.

While all four sets will be of interest to LEGO collectors, the two that look likely to be the most desirable are 5005254 Harry Potter minifigures, as it contains desirable variants and 5005255 Jurassic World minifigures, which contains a Dr Ian Malcolm minifigure based on Jurassic Park.

Those itching for a freebie in the meantime can visit shop.LEGO.com and get a set of Friendship Rings with and LEGO Friends purchase over £25.