Toys R Us Canada will be bringing the Bricktober promotion to customers with all four minifigure sets arriving in October.

Each year, Toys R Us offered a Bricktober promotion, in which fans could get free, exclusive items with certain in-store spends. With the retail chain now closed in many countries, shop.LEGO.com is expected to pick up the slack and release the sets.

In Canada, Toys R Us is still open for business and a flyer shared by the Brick Fan shows that any purchase over $75 will get one of the exclusive Bricktober minifigure packs for free. Each pack will be available for one week: 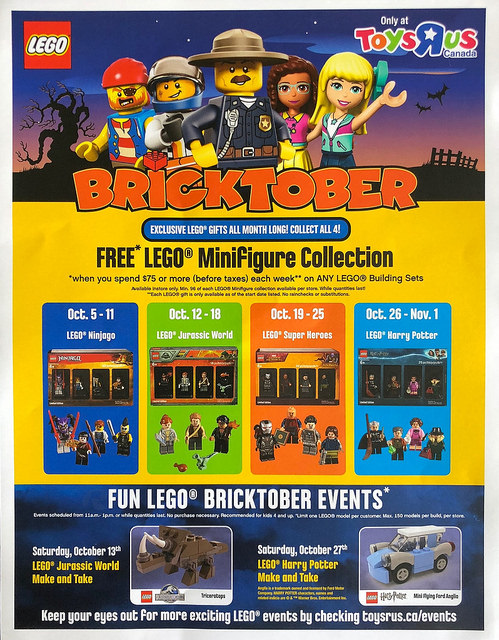 While all four sets will be of interest to LEGO collectors, the two that look likely to be the most desirable are 5005254 Harry Potter minifigures, as it contains desirable variants and 5005255 Jurassic World minifigures, which contains a Dr Ian Malcolm minifigure based on Jurassic Park.

Those itching for a freebie in the meantime can visit the official LEGO online store and get a set of Friendship Rings with and LEGO Friends purchase over £25.