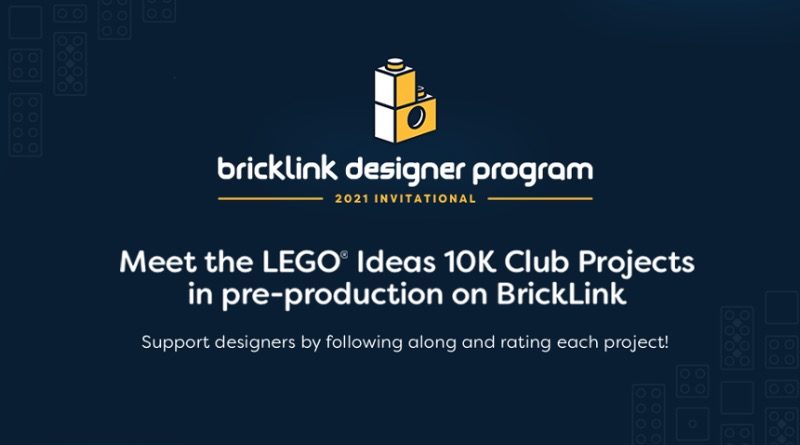 The LEGO Group has unveiled the first stage of the BrickLink Designer Program, which will allow fans to crowdfund rejected LEGO Ideas projects.

With dozens of proposed sets making it to each and every Ideas review stage for the past year – and a record-breaking 40 projects currently on the table in the first 2021 review – we’re inevitably seeing more and more ideas falling at the final hurdle.

February’s review results, for example, saw an eye-watering 34 projects turned down by the LEGO Ideas team. To offset the disappointment felt by their creators, the LEGO Group has teamed up with BrickLink – the secondary marketplace it acquired in 2019 – to bring at least 13 rejected projects to life.

A total of 27 different Ideas users have agreed to participate in the program, with 31 different models between them. That doesn’t mean you’ll soon be able to add 31 new LEGO sets to your collection, however: those designs are currently in the ‘pre-production phase’, which means their creators need to refine their builds to fit within the constraints of the program.

Among those restrictions are limitations on the exact number, type and colour of bricks used, including the total part count, which must fall between 400 and 4,000 elements. The pre-production phase will also involve rigorous testing to ensure each model meets the LEGO Group’s strict stability requirements.

The designers have until May 31 to perfect and test their vision, at which point any eligible builds will progress to the crowdfunding phase. LEGO fans will then be able to back individual projects, but only the first 13 to reach their crowdfunding goal will actually be produced as BrickLink Designer Program sets. The rest will be sold as Building Instructions, with a higher royalty fee for the designers.

In essence, the program gives Ideas creators direct control over their final product, rather than handing their projects over to the LEGO Group’s official design team. That could mean the models that make it to the crowdfunding stage are far more authentic to each designer’s original vision than they may have been had they gone through the main Ideas route, but given the testing process in place, it’s also fair to assume we’ll see at least some changes along the way.

The crowdfunding stage will run from June 1 through August 10, while the 13 successful projects will go into production in September. At the moment, the LEGO Group plans to ship the first batch of sets in November, but we’ll get a clearer picture of the shipping schedule once the manufacturing process is underway.

Veteran fans will know that this is the second iteration of the BrickLink Designer Program, and it’s a markedly different experience to the original one in 2019. While the crowdfunding process is similar, that pilot program involved brand new submissions from LEGO fans, while this latest effort draws on existing LEGO Ideas designs – presumably as a consequence of the LEGO Group’s acquisition of BrickLink.

The full list of creators and projects taking part in the pre-production phase hasn’t been shared in advance, but you’ll be able to check them out over on BrickLink. In the meantime, head here for all the details on the BrickLink Designer Program, including how much each designer will earn in royalties.