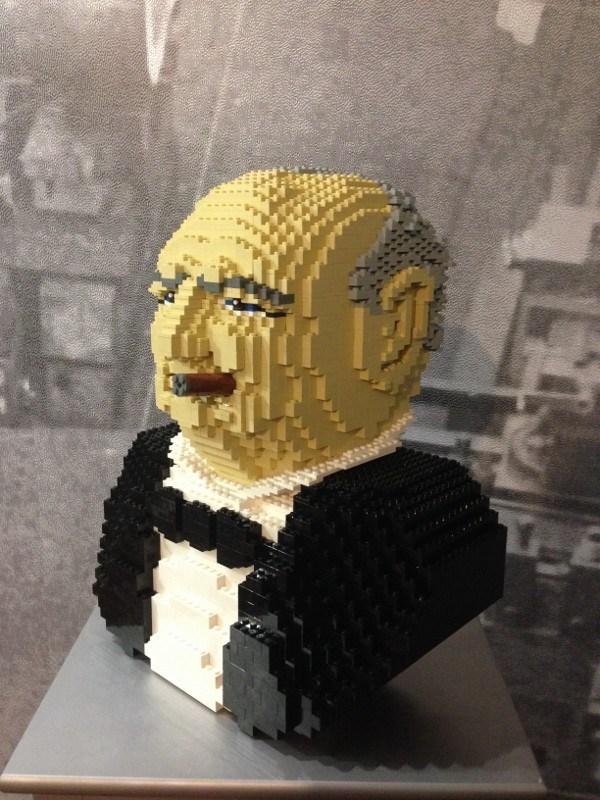 In faux tobacco related news, a LEGO cigar has been stolen from the mouth of a Winston Churchill bust.

A Winston Churchill bust, constructed from LEGO bricks, has been defaced, with someone stealing the cigar. The vital accessory has been removed from the lips of the bust that represents one of Britain’s most famous Prime Ministers.

The bust is on display at the Royal Hall in Harrogate, where the York Press reports that the crime took place. “Winston Churchill without his cigar is like Yorkshire pudding without onion gravy – just not complete,” said Richard Catton, PR and media manager at the Harrogate Convention Centre, who seems to be leading the investigation.

“Now, while we can’t be exactly sure what’s happened to the cigar, we do know it probably disappeared during an award ceremony, when we had a lot of people here in what you might say was a ‘celebratory mood’.”

Those in attendance have been offered the opportunity to return the cigar without risk of prosecution or vilification.

The Great Brick Adventure will run at the Harrogate Convention Centre from August 31 to September 2.