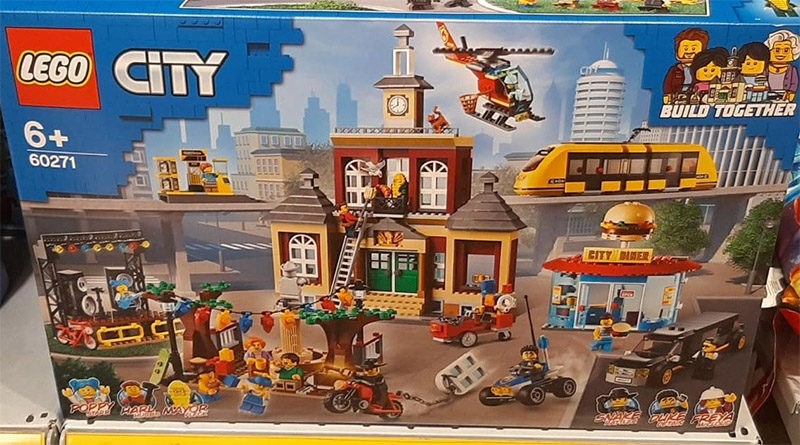 A new LEGO City, 60271 Main Square, has turned up at LEGOLAND Billund Resort.

Often the place to get new sets first, for obvious reasons, LEGOLAND Billund Resort in Denmark has started selling a new LEGO City set that fans were unaware of – 60271 Main Square. Stone Wars reports that this new set is priced at 1399.99 DKK, approximately £160.

The set includes the facade of a town hall building, a park, a monorail (no track or motors), a live music stage, a burger bar, a limousine, a police quad bike, a getaway cycle and a helicopter. The sets includes a number of minifigures, including the Corn Cob Mayor Fleck from the animated series LEGO City Adventures and some of the other characters. It is likely to be a LEGO.com and LEGOLAND exclusive.

LEGO City usually features at least one town square set, which is useful for anchoring a layout. A whole new wave of sets launched in the theme earlier this summer.