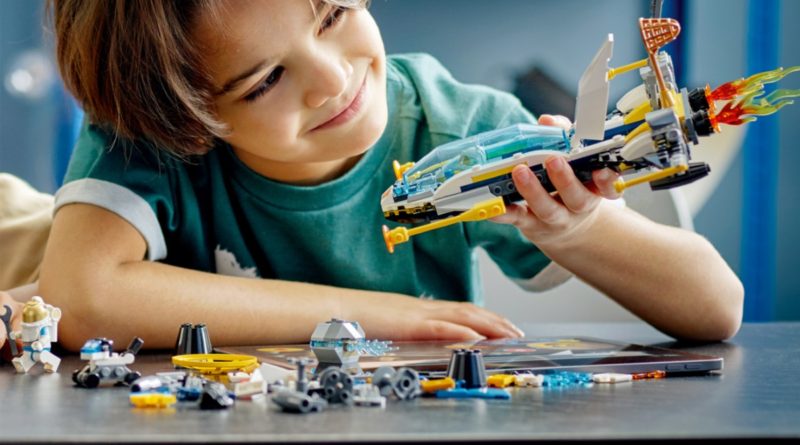 It turns out that the LEGO CITY Missions concept was available two years ago, disguised as a spacefaring campaign but teasing what was to come.

During a roundtable interview with some of the designers behind the new LEGO CITY Missions sets, it was revealed that we’ve already experienced the Missions concept as the idea was trialled through a digital campaign two years ago.

“There was an experience that was on the LEGO website and LEGO Life called Freebuild Chronicles and Galaxy Rift,” shared design strategist Lillie Talbott. “That was us figuring it out. That was one of many experiences that we ran.”

You can still access the Freebuild Chronicles campaign at the time of writing and it’s clear to see just how similar this initial trial and the Missions experience are. On the first page of Freebuild Chronicles, a page asks you to select missions between LEGO CITY, Galaxy Rift and Friends. However, only Galaxy Rift can be selected. This might have been a tease that CITY would be the home of Missions, and an indicator that Friends was considered for the concept too.

It’s not uncommon for the LEGO Group to trial upcoming projects, whether it be through LEGO Stores or a selection of countries, though the high-quality assets created for the Freebuild Chronicles served to disguise Missions as an interactive online campaign, rather than an upcoming concept for LEGO sets.

All three LEGO CITY Missions models will be available from June 1 on the official online store, with the experience accessible on the Building Instructions app.