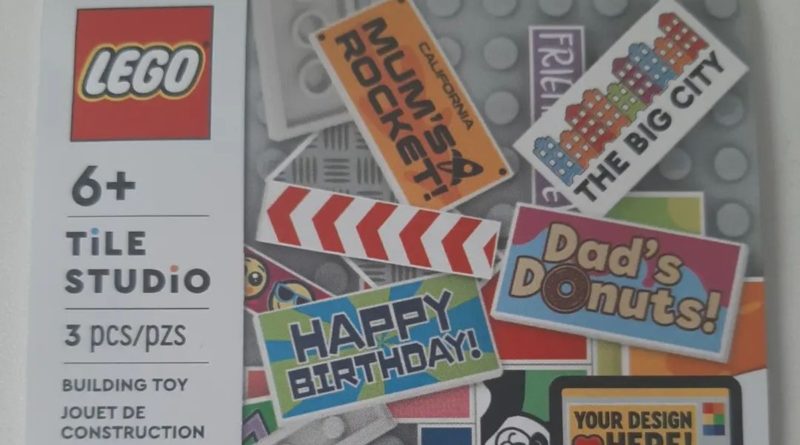 A new LEGO experience is being piloted in the Amsterdam flagship store as Tile Studio has been revealed to create custom designs on bricks.

The LEGO Minifigure Factory is now available in stores, offering you the option to apply custom designs to the torso of a minifigure. Now, that same concept looks set to be applied to standard tiles as part of a new trial that Instagram user donstuffs has had the chance to test at the LEGO store in Amsterdam.

Named the LEGO Tile Studio, this is only a pilot at the time of writing and is simply being tested in the Amsterdam store before a potential rollout to other locations, though whether or not it will be available in stores is not confirmed.

The user has shared a series of images and a description showcasing the full extent and possibilities of this experience. One use of the LEGO Tile Studio costs €7.99 and for that price, you get to customise three pieces. One only has your name on it that you enter at the start (much like the Minifigure Factory). Then, you can choose between two tiles measuring four studs long and either one stud wide or two studs wide.

This program is only being piloted in select stores, including at least Amsterdam, at the time of writing and there is no official information stating how long the test will last, and whether or not it will expand to other locations after this initial period.