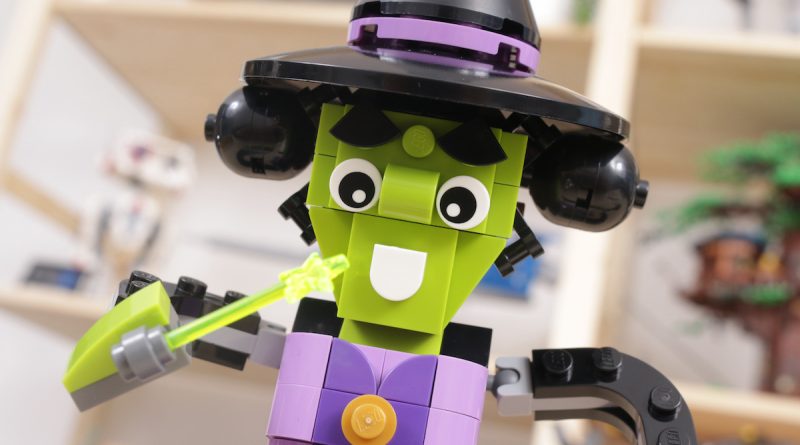 Swooping in on her broom just in time for a LEGO Halloween promotion comes the Creator 3-in-1 gift-with-purchase 40562 Mystic Witch.

Offering up three different builds from the same selection of bricks, 40562 Mystic Witch is a fairly standard Creator 3-in-1 set, as far as you can describe multi-build sets like this to be. Each of the creations are themed to Halloween and each are credible in their own right, which is the marker that can only be said of the best Creator 3-in-1 sets.

That being said, each of the creations very much skews towards the younger demographic and, for consideration to any number of the credible gift-with-purchase sets that have come in 2022, it feels like a less appealing set as a result. Halloween represents so much creatively but that the LEGO Group isn’t really exploring or tapping into with this gift-with-purchase.

40562 Mystic Witch is a smart set but with a smaller target audience – if you are inclined to decide on some of the larger purchases based on what promotions are being run, perhaps wait until the next gift-with-purchase. Unless it’s between the launch of this set (October 14) and the close of the double VIP points promotion (October 16), as then you’ve got added incentive…

This set was provided for review purposes by the LEGO Group.

Support the work that Brick Fanatics does by purchasing your LEGO sets via one of our affiliate links – it’s double VIP points October 10-16!