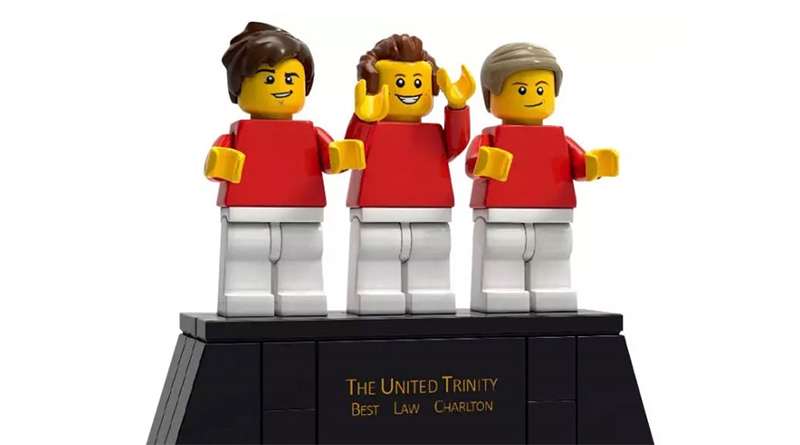 There will be a free exclusive set with purchases of LEGO Creator Expert 10272 Old Trafford – Manchester United in select regions.

Yesterday saw the announcement of LEGO Creator Expert 10272 Old Trafford – Manchester United. The set builds Britain’s most famous football team’s stadium, the ‘Theatre of Dreams’ using 3,989 pieces. Brickset has revealed that in Asia, an exclusive set will be available for free to those who buy the new release when it is launched on January 16.

6322264 The United Trinity represents the statue of legendary Manchester United players that can be found at Old Trafford, featuring George Best, Denis Law and Sir Bobby Charlton. With no minifigures included in the main set, it is the only way to get official Manchester United minifigures.

There is no information yet on whether this promotion will be offered around the world.

Built at 1:600 scale for adult fans, 10272 Old Trafford – Manchester United features key details including a smaller version of the United Trinity statue and the Munich memorial clock. Once built the measurements are 18.5cm high, 47cm long and 39cm wide. The set comes in a sleek black box.