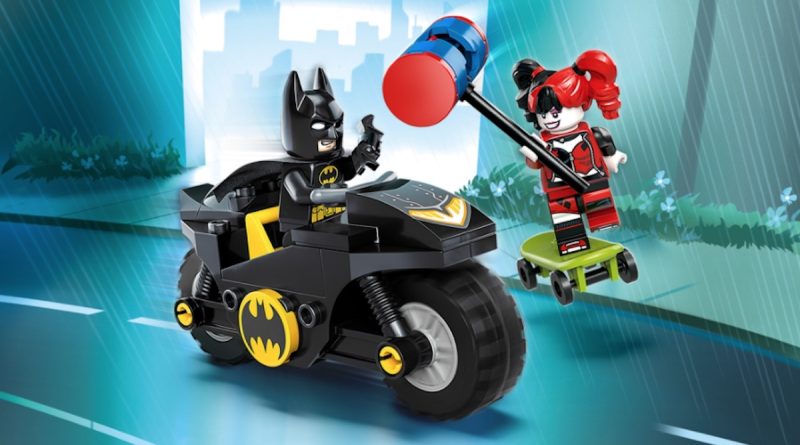 Despite fears that LEGO DC is dwindling away, the superhero theme is now confirmed to return in some capacity in 2023 – even if it’s only through books.

Publisher AMEET has revealed its LEGO line-up for next year, which includes two books inspired by the DC Super Heroes theme. The first, Batman and Superman Swapped!, features Mr. Mxyzpltk – who we’ve never had as a physical minifigure – swapping the powers of the Dark Knight and the Man of Steel, who must work together to protect Metropolis from alien invaders. It’s due out in the second quarter of 2023.

The more interesting of the two titles for adult collectors is Batman vs. Harley Quinn, which comes with two minifigures. Where they don’t include exclusive characters, these books typically draw on recent LEGO sets for their minifigures – a tricky proposition for DC, given the only set released this year that wasn’t inspired by Matt Reeves’ The Batman is 76220 Batman versus Harley Quinn. You can probably guess where this is going.

Yep, AMEET’s new LEGO DC title will include both minifigures from that 4+ set, which means you’ll be able to sidestep picking up the LEGO Group’s only brand new DC set for 2022 (the rest all launched in 2021 in the US, before arriving in the rest of the world in January this year). The book won’t land on shelves until the third quarter of 2023, so we’ve got a little while to wait yet, but depending on the price, that patience could pay off.

On the other hand, 76220 Batman versus Harley Quinn is already pretty cheap, retailing for just £12.99 / $9.99 / €14.99, so you might be best picking it up now if you’re after its exclusive Harley Quinn minifigure. No other LEGO DC sets are currently confirmed to be in the works – the theme’s annual direct-to-consumer set has been replaced with a Marvel model this year – but at least one set for the upcoming The Flash movie is believed to be on the way in 2023.

More may follow if any of Warner Bros.’s reported DC projects get off the ground, but there are also plenty of ways for the LEGO Group to resurrect its dormant superhero theme beyond the DC Extended Universe.