76096 Superman & Krypto Team-Up is the cheapest new entry in the LEGO DC Super Heroes theme, so is it the build or the minifigures you should be buying this set for?

The Marvel and DC super hero themes continue to thrive in 2018. While on the Marvel side of things, sets seem to be based mostly around blockbuster movie tie-ins, in the DC camp, the designers seem to be mining other sources of inspiration. One of the smallest sets – 76096 Superman & Krypto Team-Up – focuses on a rather odd grouping of characters, with interesting results. 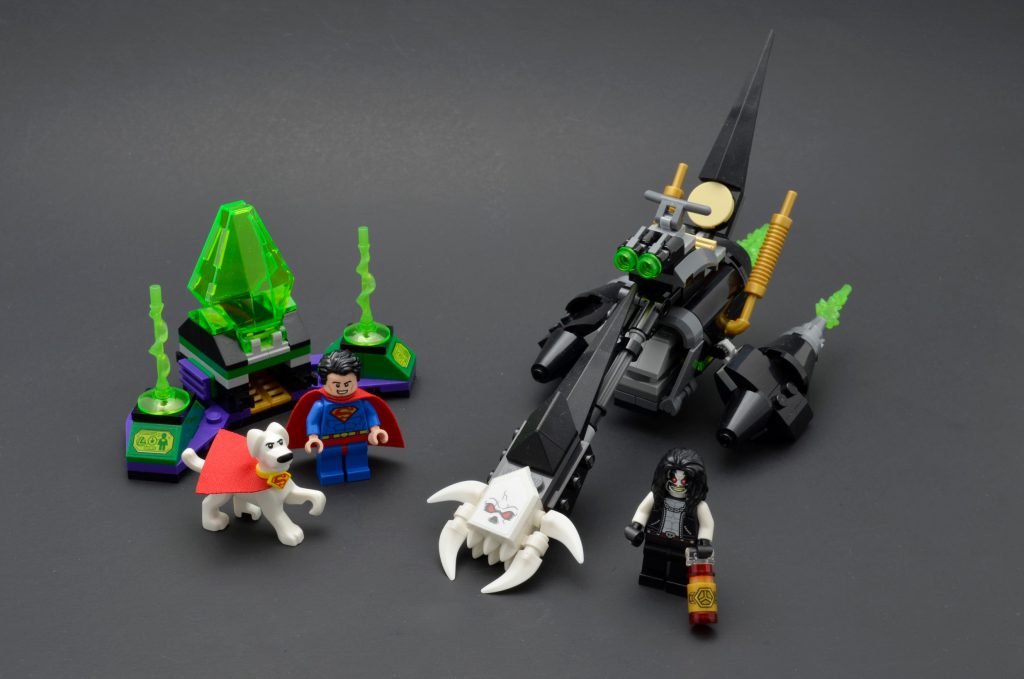 Let’s start with the minifigures. Despite having made appearances in mainstream comics and on the Justice League cartoon – from which we can assume this set takes its cues – Lobo is not a character anyone could have expected to make an appearance in LEGO form. Despite his origin as a minor villain in the Omega Men comics, he’s more commonly known as a murderous bounty hunter responsible for the deaths of everyone on his home planet. His character has been given a more family friendly coat of paint in recent years, but he still seems like an odd choice. This is by no means a complaint. I’m sure many comic book fans will be as excited as I was to get their hands on a minifigure of ‘The Main Man’. The printing on his face and torso are fantastic. He sports dual expressions, both of which are perfectly characteristic. The only quibble I would have with Lobo is that his legs aren’t printed with his trademark boots/knee pads. This would have taken the figure from great to awesome.

The Superman in 76096 Superman & Krypto Team-Up is nothing to write home about. The only thing that really sets this one apart from any of the others is the hair piece, which lacks his classic spit curl. In spite of sharing similarities with the Scooby-Doo figure, Krypto seems to be an all new mould. His front paw even features the ability to hold a standard bar, which may prove useful or fun.

As for the set itself, the clear draw is Lobo’s space cycle. While comically ill proportioned – a problem seen in many minifigure scale sets – the bike is beautifully designed, and suits Lobo’s character perfectly. The tall, spiky seat back, cleverly designed engine intake, and menacing skull at the front all add up to an aggressive and intimidating looking vehicle.

As for the rest of the set… who really knows what’s going on here? The DC sets for this year seem to have some sort of theme connecting them, but without seeing the source material it’s derived from, it’s impossible to really discern from the sets themselves. Superman is trapped in some sort of Kryptonite chamber. This build is remarkably simplistic, and deliberately flimsy in design. The engine housing of Lobo’s bike contains some kind of object, that when pushed beneath Superman’s cell, causes it to fall apart. Honestly, this feels like a rather weak attempt at a play feature. It also calls into question Krypto’s usefulness in the set, other than to entice collectors. On the plus side, the new ‘power burst’ elements are pretty cool, and I’m sure will see lots of use down the road.

Overall, the set is fun. While it would have been preferable for the LEGO Group to forgo the ancillary build in favour of a smaller, less expensive set, what is here still makes for a reasonably priced offering. For most people it will likely come down to how much the want a Lobo minifigure. For everyone else, the set makes for a decent parts pack, especially if you find it on sale. 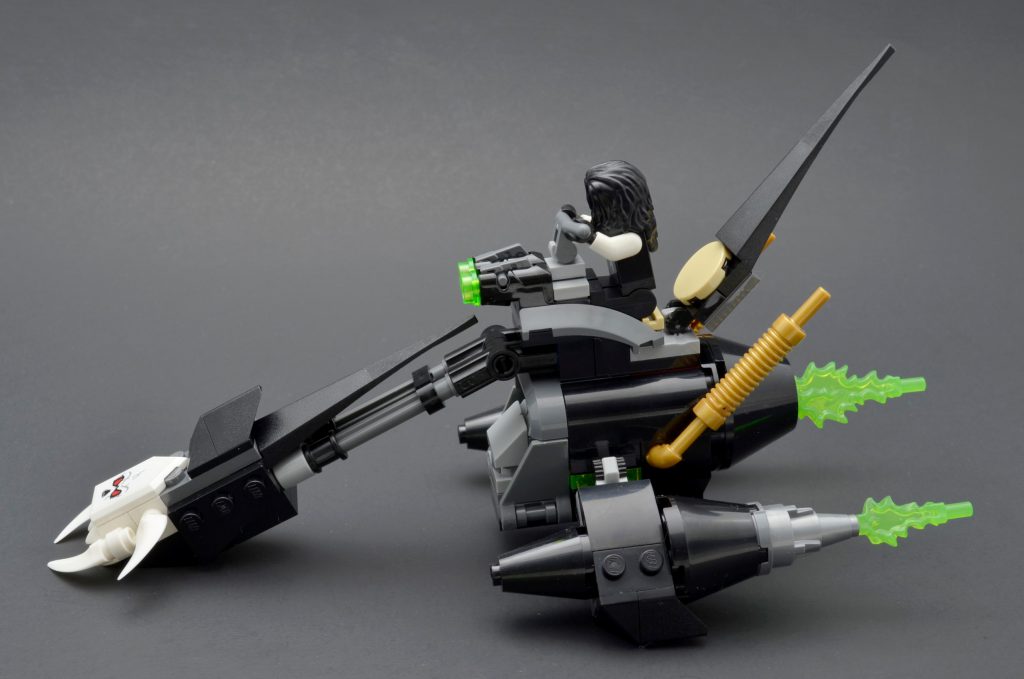