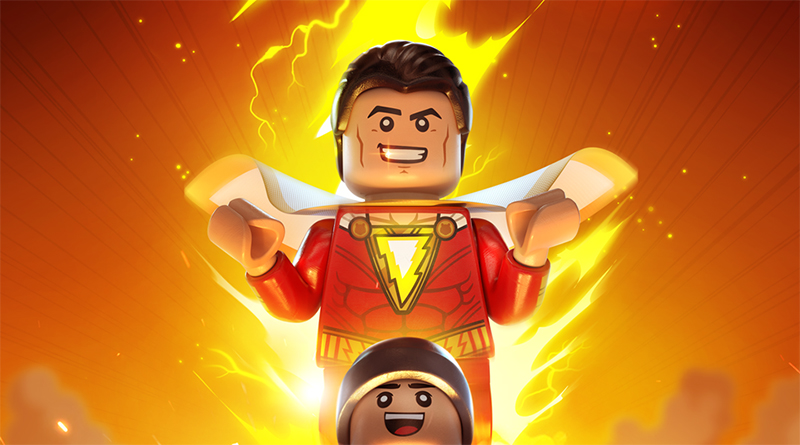 Today, SHAZAM! has been released in cinemas and is also arriving for LEGO DC Super-Villains. The first movie inspired piece of downloadable content (DLC) is currently only available to Season Pass holders, adding a new level and DC characters inspired by the new movie.

Here is the official description from Warner Bros. Interactive:

The first SHAZAM! Movie Level Pack offers players the chance to master the powers of favourite characters based on the Shazam! film. Players will jump into the action and begin their journey as Billy Batson and Freddy Freeman to fight against the evil Dr. Sivana! The pack includes the ability for Billy Batson to transform into Super Hero Shazam, using his powerful abilities of flight, strength, projectiles, electric beam and more. Players can also see Freddy transform and take on Shazam powers, and unlock the four characters embodying the sins of man including Gluttony, Wrath, Pride, and Envy. These six characters will expand the main game’s already large roster of over 150 iconic DC characters.