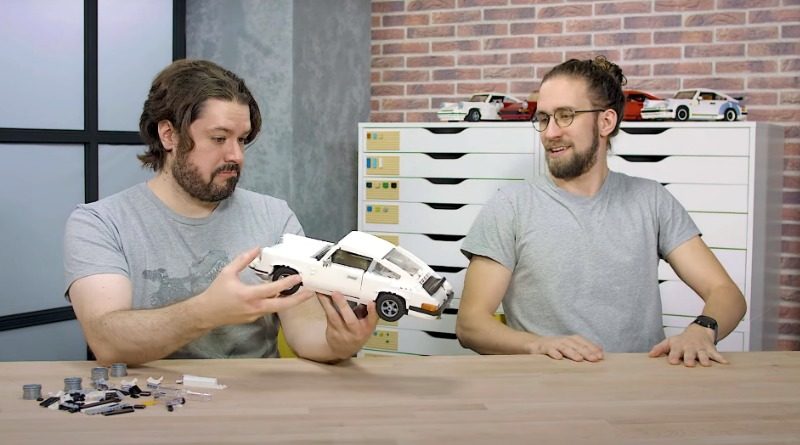 The team behind 10295 Porsche 911 has revealed how the model came together in a surprisingly candid designer video.

Mike Psiaki, Carl Merriam and Yoel Mazur all played a part in bringing the latest 18+ vehicle to LEGO Store shelves, and the story of idea conception to reality is pretty amusing – at least as they tell it.

In the designer video for 10295 Porsche 911, which you can see for yourself by hitting play below, Carl reveals that he came up with the model during a process called ‘Fabulab’. One day a month, the entire design team gets the opportunity to work on anything they want.

“That’s actually something that a lot of designers at LEGO will do,” Mike explains. “We’ll build these models that are kind of passion projects or just something that we think could be neat… and we have different spaces in our building where we can display it or take pictures of it. I like to build things and just put them behind my desk and see what happens.”

In this case, Carl’s vision of a Creator Expert-style Porsche 911 was chosen to become the next 18+ set. And while Mike stepped in to do some initial development work on the model, the responsibility for bringing it to life was ultimately handed back to Carl.

“I was really excited to work on it,” he says. As it turned out, that feeling didn’t last. “I’m building on it and looking at it and as I get deeper and deeper into it, I realise that I have absolutely no idea what I’m doing with this model.

“I’m just playing with it and trying to get things to work, and then Mike would come over and he’s sort of telling me, ‘I’m a little bit said that I’m not the one actually doing it, can I be a little but more involved?’ I didn’t let him know this but I could not have been more relieved. This was a huge weight off my shoulders to give this back to him.”

But even Mike couldn’t finish off 10295 Porsche 911 all by himself, and that’s where Yoel stepped in. Yoel is an Element Designer at the LEGO Group, which means he spends his time coming up with brand new LEGO pieces. (Colour us jealous.) To fully achieve the rounded look of the Porsche 911 at this scale, he designed two new elements: a 5×5 quarter circle for the wheel arches, and a triple bow for the rear lines.

“Mike originally just took a cockpit and cut it in half, and I thought it was too edgy,” Yoel explains, referring to the initial conceptualisation of the new large bow piece. “So I said, ‘Hey Mike, let’s do a new bow element, let’s get some bows on this thing. And Mike was a bit apprehensive at first.” That hesitancy soon vanished when Yoel turned up with the finished piece, however. “It just fit perfectly on the car,” Mike says. “It really helped to just complete the shape.”

Hit play on the video above to learn more about 10295 Porsche 911, including how the LEGO Group worked closely with Porsche while finalising the design, why there are three different types of licence plates, and why the build is a little different from any previous Creator Expert cars.

For more on 10295 Porsche 911, check out the official announcement, the full image gallery, and the exclusive gift-with-purchase for early buyers.

You can support the work that Brick Fanatics does by purchasing your LEGO through one of our affiliate links. 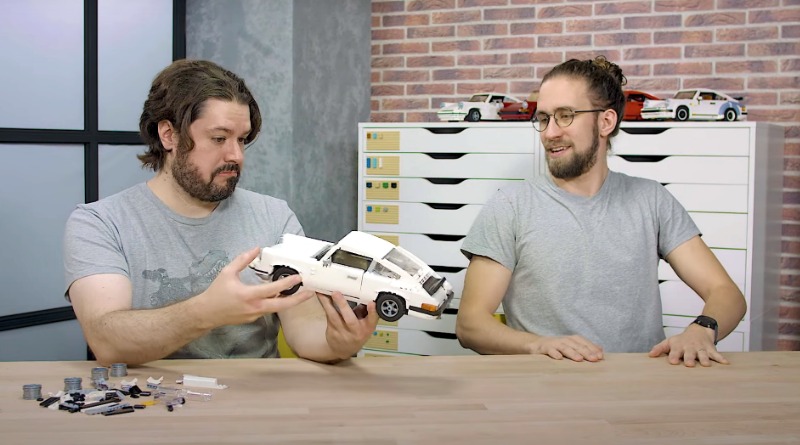