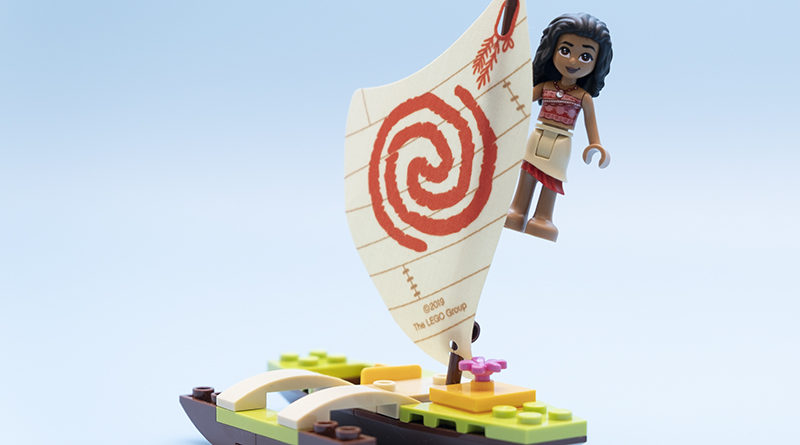 43170 Moana’s Ocean Adventure is a small set in the LEGO Disney theme, featuring a small version of the boat that Moana sails away on and a small island for Pua the pig to sit on.

This isn’t a complicated set – it’s what you see on the box. Despite that, it makes for a charming little model that is great value at £8.99, including Moana, Pua and a nice sail for the boat.

41150 Moana’s Ocean Voyage is probably the one set that fans of the film ‘must’ own, but what this set does is illustrate how the same concept can be executed at a different scale. Shrinking Moana’s boat down to a small, single mini-doll vessel, it still has the right shape while being simpler than the previous version.

To accommodate the raft at this size, a new sail with movie accurate print has been produced. It is slightly reminiscent of the old LEGO Pirates sails that were attached to the classic rowboats.

What 41150 didn’t offer is Pua, Moana’s porcine pal, who is included in this set. A little island is built for the pig, representing that he stays home in the film. The set is an opportunity for that to be corrected, with the adorable little character now able to join Moana on her boat.

The titular character matches the version included in 43183 Moana’s Island Home. A Heart of Te Fiti accessory is included, appropriately as it is a key part of the film’s story.

This is a set for anyone who has seen Moana and would like a LEGO taste of the film at a comfortably low price.

43170 Moana’s Ocean Adventure is available now at LEGO.com. You can help support Brick Fanatics’ work by using our affiliate links. 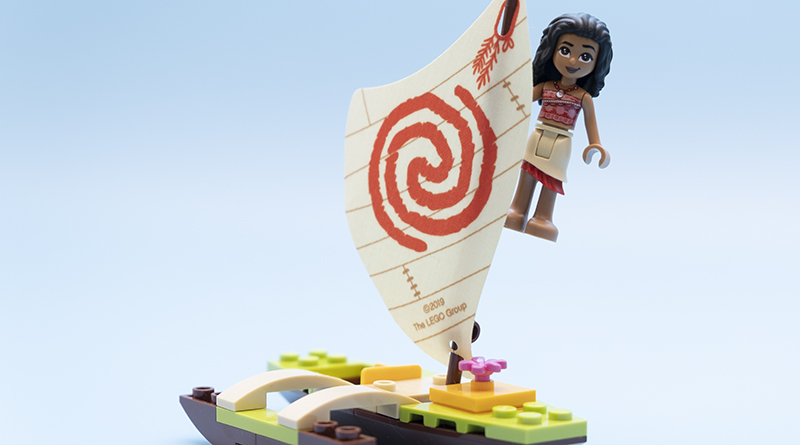