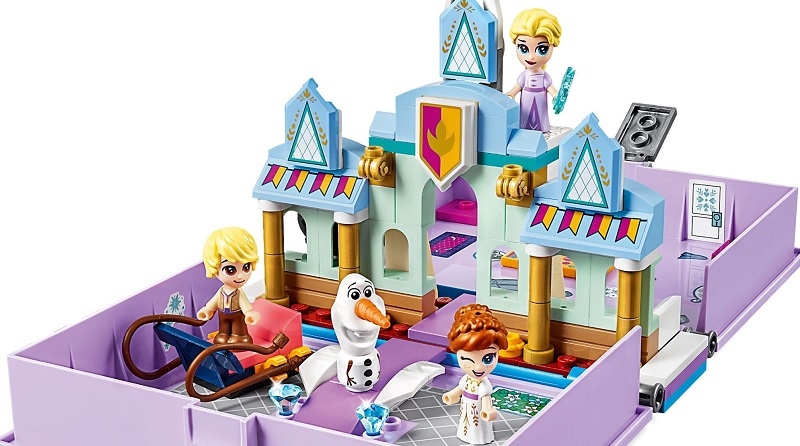 Another new LEGO Disney set has been revealed, 43175 Anna and Elsa’s Storybook Adventures.

As with the other sets in this new subtheme, there are a selection of mini-mini-dolls, or whatever more concise name they end up being called, featuring the core characters from Frozen II. Stickers or printing adorns the inside of the book-shaped case, with a castle façade built onto the centre of the case.

The mini-mini-dolls feature a more stylised, caricature type appearance than the usual mini-dolls.

The sets are intended to be collectible, as they can be lined up on a shelf just like actual books. Whether these Polly Pocket style products prove any more appealing than regular sets will become apparent when they launch in January.