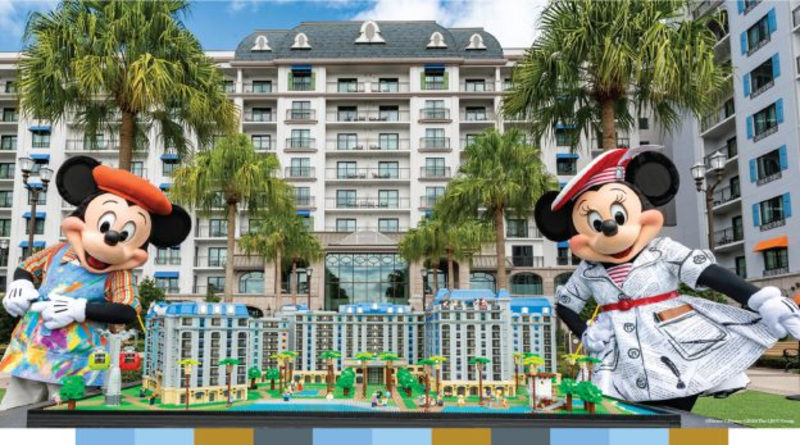 A LEGO model depicting one of Walt Disney World’s numerous hotels has now gone on display at the resort, featuring intricate details for even the most dedicated Disney fans.

To celebrate its first anniversary, Disney’s Riviera Resort was recreated in a near-minifigure scale towards the end of last year. Since the reveal, the model has not been on display in any part of Walt Disney World, until now.

WDW News Today is reporting that the massive model has finally found its way to the Disney Vacation Club kiosk at Disney Springs. The model is part of the reopening for the location alongside and guests are now able to walk around the build for the first time.

For those unfamiliar, Disney’s Riviera Resort is one of the newest hotels that have opened at Walt Disney World and is now just over a year old. The build is filled with details that theme park fans might recognise, such as a portion of the Skyliner gondola system travelling past, possibly on its way to one of the four theme parks. Even the resort’s main restaurant, Topolino’s Terrace can be seen with guests dining inside and a familiar pair of mice on the balcony.

It’s not currently known how long the model will be on display for but if you plan on visiting to see it, the Disney Springs LEGO store has also recently introduced a new build harking back to a classic movie.