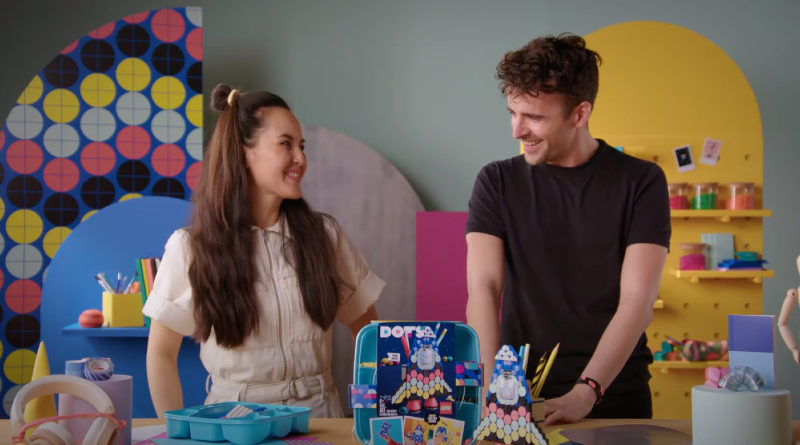 A pair of LEGO designers have teamed up to explore the creative potential in a new DOTS summer set alongside several other employees from across the LEGO Group.

Senior graphic designer Diego Sancho and design manager Fiorella Groves are investigating the possibilities that 41936 Pencil Holder holds. The set, which recently released as part of the DOTS summer wave, depicts a fairly simple pencil holder with a rocket facade on the front with space for a small picture and plenty of colourful tiles

Once the pair have finished tackling the set for themselves, the model is sent to some of their colleagues who share their own inspired designs. From a flower garden to a retro finish, it’s interesting to see what can be done with the LEGO DOTS build, even when incorporating some non-LEGO elements.

The designers also demonstrate how the model can be expanded on with another summer set, 41935 Lots of DOTS with some of the 1,000 tiles included within.

Builders who are either planning to or already own the colourful creation for themselves might also consider adding another of the theme’s sets to the model as 41932 Extra DOTS – Series 5 and its printed designs have recently been showcased by Diego too.

You can find out more about the LEGO DOTS summer sets here as the theme experiments with new ideas for the second year – including the first multi-pack with bag tag, pencil holder, photo frame and more.