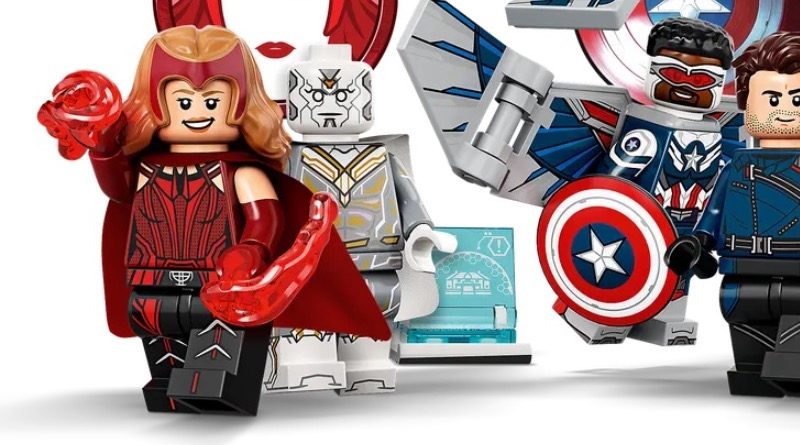 The LEGO Minifigures team says The Vision had to follow a very strict design rule for the newly-revealed 71031 Marvel Studios Collectible Minifigures.

Twelve new blind-bagged Marvel minifigures will arrive on shelves on September 1, consisting of characters drawn from the first four Marvel Cinematic Universe Disney+ shows: WandaVision, The Falcon and the Winter Soldier, What If…? and Loki.

Among that dozen is a brand new version of Vision, based on the android’s appearance in the final episodes of WandaVision (um, spoilers?). Known as White Vision, the character eventually acquired regular Vision’s memories, and thus declared himself to be the true Vision. (Are you keeping up?)

Speaking to Brick Fanatics as part of the LEGO Fan Media event earlier this summer, designer Mark Tranter explained that he had to adhere to a strict rule while working on the LEGO version of White Vision – but it was one that he came up with himself.

“Vision was interesting to work on because I was very adamant that I didn’t want to use any black in the design,” Mark says. “I wanted to keep it in the neutral, pale shade of the character, and I felt any black would be a bit too harsh.”

The final minifigure is a mix of grey and white with hints of gold, along with orange to represent the Mind Stone. And, true to Mark’s original vision (sorry), there’s not a hint of black to be seen.

71031 Marvel Studios will launch on September 1. Take a closer look at all 12 minifigures by clicking here.