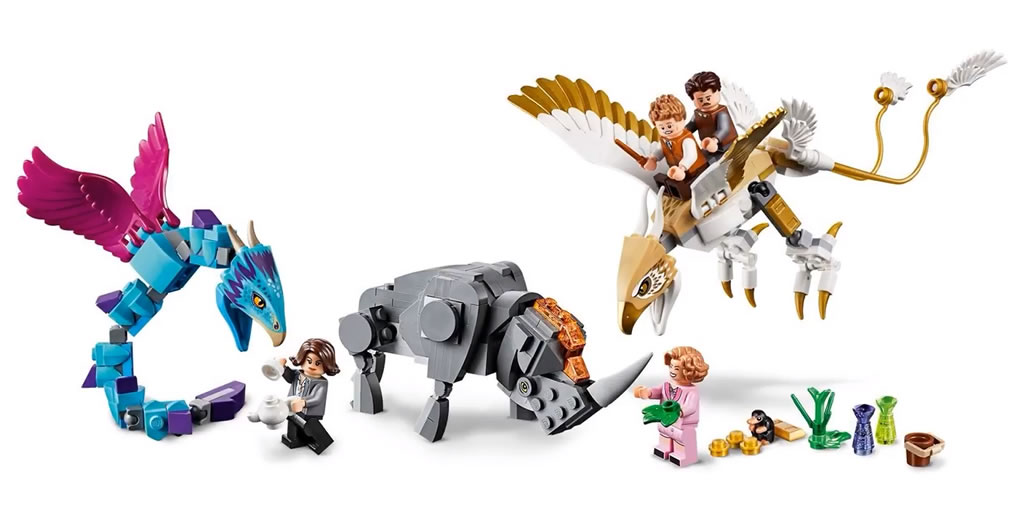 After a false start in which images of 75952 Newt’s Case of Magical Creatures were revealed early by a a Danish LEGO catalogue and online retailer, official images have now been released by Recognised LEGO Fan Media website zusammengebaut. The set is part of the new LEGO Wizarding World of Harry Potter theme, and is based on Fantastic Beasts and Where to Find Them.

As can be seen in the images, the set is in a doll house style, a buildable case that then unfolds to reveal a play set within.