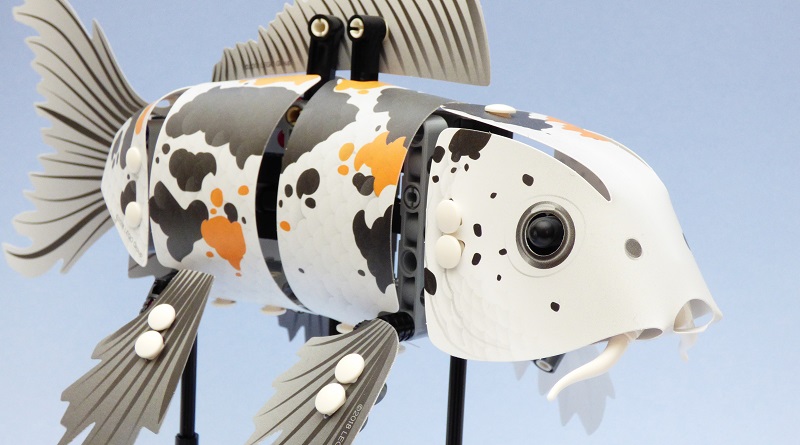 LEGO.com has finally made LEGO FORMA 81000 Koi Model available to fans in the UK, almost a year after it was available as a crowdfunded product to a small number of fans. Brick Fanatics reviewed the initial edition of the set ealier this year.

It is rather different to a traditional LEGO set, as first a Technic frame is built with a mechanism that will make the fish move, with ‘skin’ pieces then attached to the skeleton to produce the finished koi. Fans will certainly find this to be a novel concept, whether or not it is of interest to them.

Fans could order 81000 Koi Model and several accessory products via Indiegogo last year in order guarantee one of the new sets. It was not a traditional case of crowdfunding, instead the LEGO Group has funded the project and used the Indiegogo platform to reach a broader audience beyond already engaged LEGO fans, hoping to tap into new segments of the adult leisure market.

There is no news yet on whether this will be available elsewhere around the world.