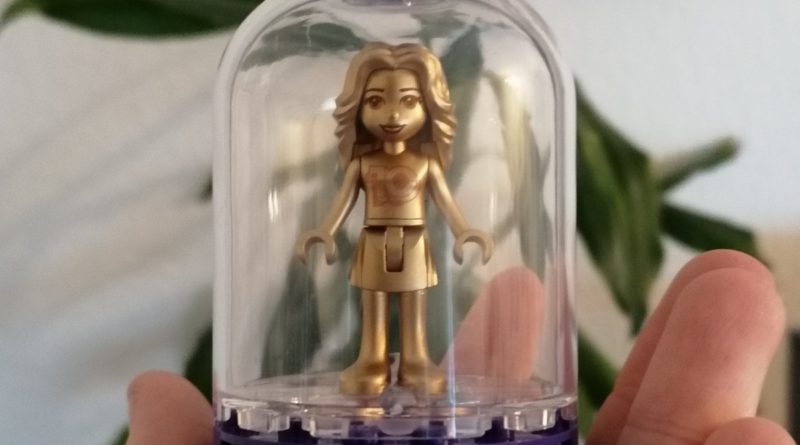 This year marks the 10th anniversary of LEGO Friends, and the LEGO Group is celebrating by giving its employees exclusive gifts – including a golden mini-doll.

While themes such as NINJAGO, Harry Potter and Star Wars have all recently celebrated anniversaries with limited-edition minifigures spread across their sets, available to fans around the world, the LEGO Group’s celebration of Friends’ 10th anniversary is seemingly restricted to employees only.

Graphic designer Anne Godsk shared images of a goodie bag given to employees to mark 10 years since the mini-doll theme landed on shelves, which includes a tote bag, t-shirt, stickers – and a golden mini-doll, entombed inside a custom display case. It’s evocative of the all-gold minifigures spread across last year’s Harry Potter sets, though doesn’t appear to be exactly the same shade.

Stickers on the front and rear of the display case read ‘10 Years of Friendship’ and ‘Thank you for being part of our journey’, suggesting these goodies are being given specifically to employees who have worked on the Friends theme in some capacity. Anne has contributed to sets like this year’s 41704 Main Street Building, for which she designed stickers including a book cover.

Like most employee-exclusive gifts, it’s likely that at least a couple of these ultra-rare mini-dolls will find their way on to the secondary market – but if they do, you can bet they’ll command an ultra-premium price to match. This summer’s Friends sets have just been revealed, and there are unfortunately no golden mini-dolls in sight.