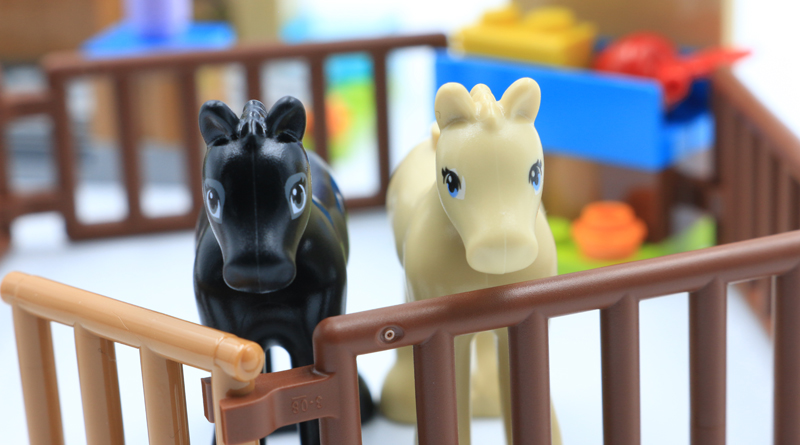 Is LEGO Friends 41361 Mia’s Foal Stable a solid set behind its adorable façade or is it a bit too cute for its own good?

Horses and cute foals have been a staple of the Friends theme since the beginning, yet this year marks the first occasion that such subject matter has been sub-categorised into the new 4+ range. On the box art 41361 Mia’s Foal Stable appears as a mix of mini horsey builds – but is it more than the sum of its parts? 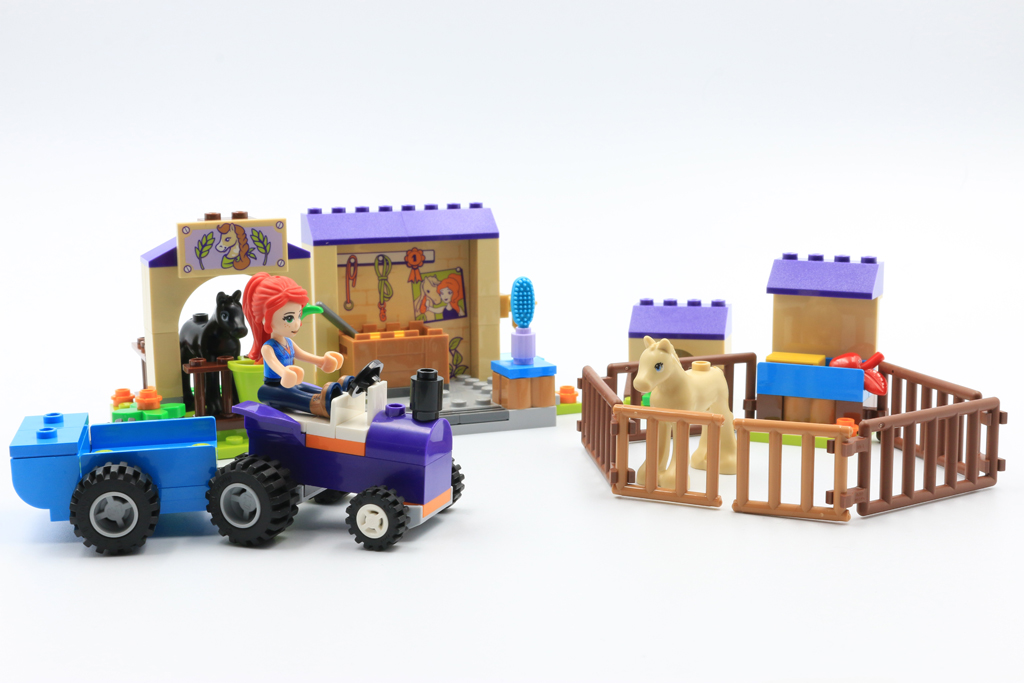 The build doesn’t start off particularly well, with a ridiculously small tractor that looks more like a quad bike combined with a train. It looks even worse when Mia is placed into the driver’s seat – she can’t even reach the steering wheel. Its rear trailer looks fine and a storage crate or hay bales can be added onto the back quite realistically.

Even though 4+ sets are meant to be simple, the foal pen exaggerates this simplicity to the extreme. All it comprises of is six ladder pieces joined to a very small feeding trough, and considering this build is meant for little hands, shaping the pen is annoyingly awkward. The stable yard is a slight improvement with some relevant details like a water tap, hay storage and equipment colourfully printed all over a 1x4x3 wall piece.

Again, the stable seems over simplified and lacks basic structural elements – it only has a partial roof and no rear gate to enclose it all. The only nice detailing is a printed 2×4 tile depicting a stylised pony surrounded on either side by stalks of wheat. There is a little side-build of a rabbit hutch that was totally unnecessary and it’s a shame those pieces weren’t allocated to finish off the stable properly.

Mia’s dressed in a Western-style riding outfit in shades of blue that for a Friends set thankfully doesn’t look girly at all. For the price of £14.99 the inclusion of the two foals, Dolly and Fame, is very good value and it is only their second appearances.

41361 Mia’s Foal Stable just seems very disjointed, with too many distracting extras taking up the piece count. For a young fan of LEGO bricks who has a love of horses then there are some nice roleplaying opportunities, but there are better LEGO sets available for the same price.

41361 Mia’s Foal Stable is available now at shop.lego.com. You can help support Brick Fanatics’ work by using our affiliate links. 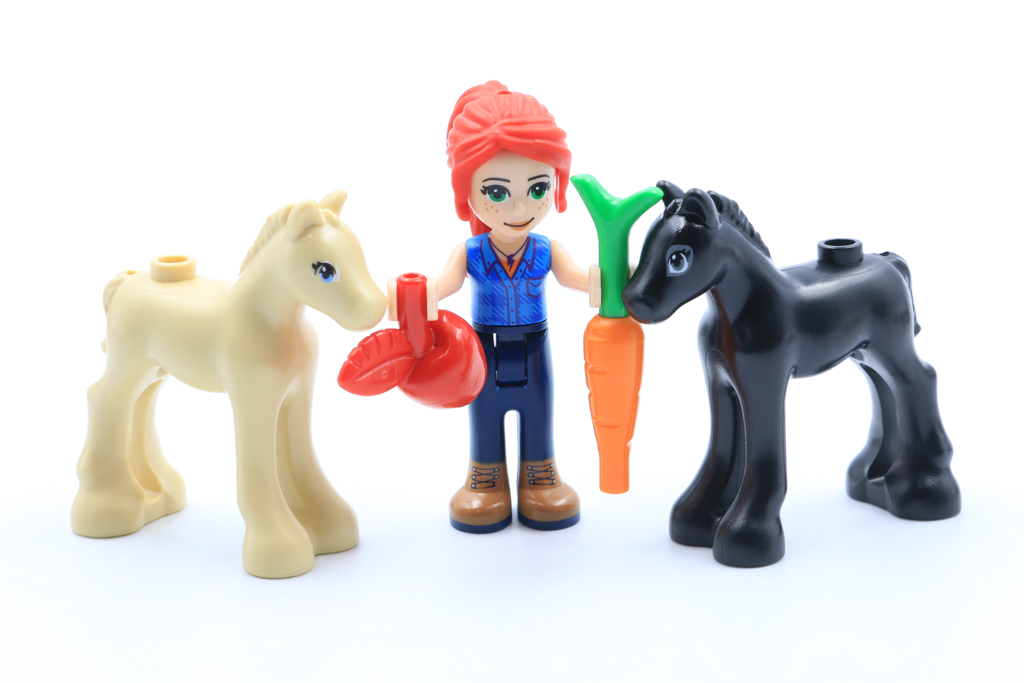