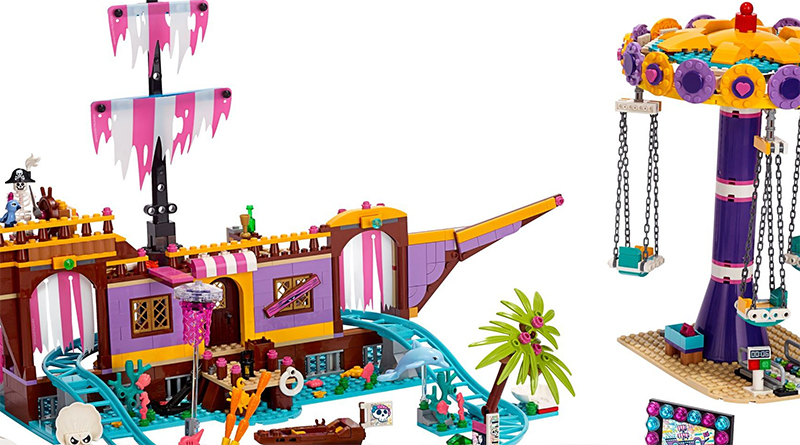 A double VIP points deal has started on LEGO Friends 41375 Heartlake City Amusement Pier, with the nautical-themed amusement park including a selection of rides, one of which features the popular rollercoaster track elements. The LEGO.com deal means that instead of the usual £6 LEGO cashback, anyone ordering the set will get the equivalent of £12 to spend on future purchases at the website.

Until the end of Cyber Monday, the deal can be stacked with the free 40338 Christmas Tree promotion, which sees anyone spending £120 or more get the exclusive festive model for free.

Roll up for the fun of the fair with LEGO Friends 41375 Heartlake City Amusement Pier. This amusement park toy set allows your little builder to immerse themselves in the excitement of a theme park experience. It includes a ticket kiosk and turnstiles where the friends can enter and exit. There’s a spin-the-wheel stall where fairgoers can try to win treats. The carousel ride features 3 chairs, which fly round in a blur thanks to a spinning, twisting function. The star attraction, however, is the pirate ghost ship where your young Friends fan can enjoy chills and thrills as they whizz round the pirate shipwreck. As the car travels through the amusement park ride’s spooky textile foils, it plunges into a world of bats, skeletons and scorpions. This building toy for kids includes 5 mini-dolls, plus 2 animal figures and 2 skeleton figures for hours of imaginative play.

The deal runs for the entirety of December, unless stock runs out before them.