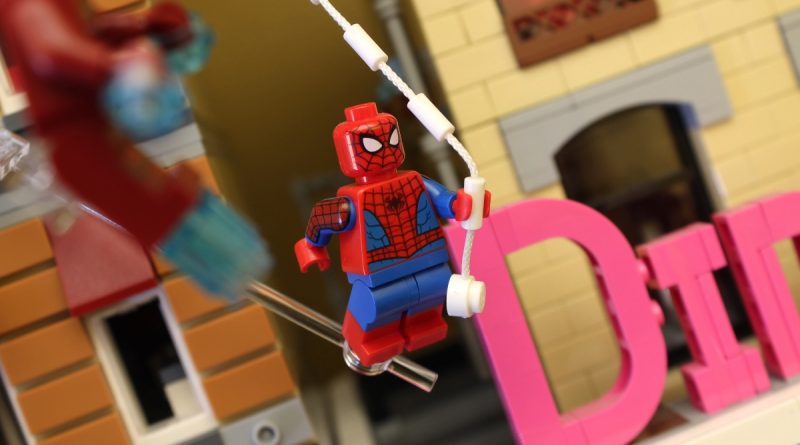 The latest batch of LEGO Friends sets could be a game-changer for Spider-Man in 2023, as the LEGO Group teases ‘exciting’ uses for a brand new piece.

In and among the various new hairpieces that headline the new LEGO Friends sets – and there are loads of them – there’s one seemingly unassuming new element, which you’d be forgiven for overlooking at first glance. That’s because it bears a striking resemblance to an existing piece – but according to LEGO Friends designer Ellen Bowley, it’s actually completely functionally different.

“You can see the string lights [in 41730 Autumn’s House], that’s a new one we’ve done where it’s a moulded rubber element as opposed to the string, so we can use it in so many more different ways right now,” Bowley told Brick Fanatics and other LEGO Fan Media. “There’s some pretty exciting ones coming up.”

One use that immediately swings to mind is, of course, as webbing for Spider-Man. The traditional string element is a pretty good approximation of Spidey’s webs, but isn’t exactly optimised for posing the web-slinger swinging through a city on its own. If you want to display him mid-swing, you’re probably going to want to add in a transparent bar element, as we’ve done in the images below.

The rigidity of a rubberised version of the string piece could remove the need for a bar, however, and in turn allow for more dynamic posing of our friendly neighbourhood superhero. It would also be an improvement on LEGO Spider-Man’s current web pieces, which come in various shapes and sizes, but none of which are quite long enough to have him properly swinging through city streets.

Whether the LEGO Group has cottoned on to that potential use for the new rubberised string light piece remains to be seen, but with at least one LEGO Spider-Man set currently rumoured for 2023, we’ll hopefully find out very soon. And even if it isn’t included in any LEGO Marvel 2023 sets, we can always try it out for ourselves when 41730 Autumn’s House launches on January 1.

Click here for a closer look at all five new LEGO Friends sets arriving next year, and consider supporting the work that Brick Fanatics does by purchasing your LEGO using our affiliate links. Thank you!