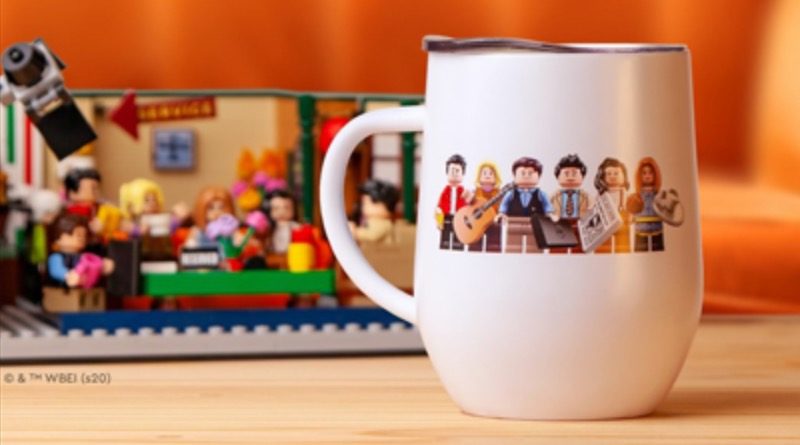 The rumoured and revealed LEGO Friends coffee mug GWP has been further confirmed on the Australian official online store as the June offers begin.

Whilst the offer may have unveiled early thanks to an Instagram advert, this is the first official confirmation of the deal, with the exact details of the promotion revealed ahead of a possible launch across the world.

If the Australian store is any indication of what to expect when June arrives in other regions, you’ll be able to get the coffee mug free with any order containing LEGO Ideas 21319 Central Perk. The offer is listed as lasting from June 1 to 13 or while stocks last.

21319 Central Perk is the only eligible set in the promotion and orders containing only 10292 The Friends Apartments won’t have the promotion added to the basket. To put it simply, you need to buy at least 21319 Central Perk to get this mug. Further images from the offers page reveal the design on the back of the mug to be a simple combination of the LEGO Group’s and Friends logos, whereas the front will feature the minifigures standing together.

There are quite a few other offers set to go live soon on the official online store, at least for those in the US. You can take a look at the American LEGO store calendar for a peek at the deals, including NINJAGO BrickHeadz and a previously Asia-exclusive GWP. We’ll keep you updated when we know exactly which of these offers will be venturing outside of the US too.