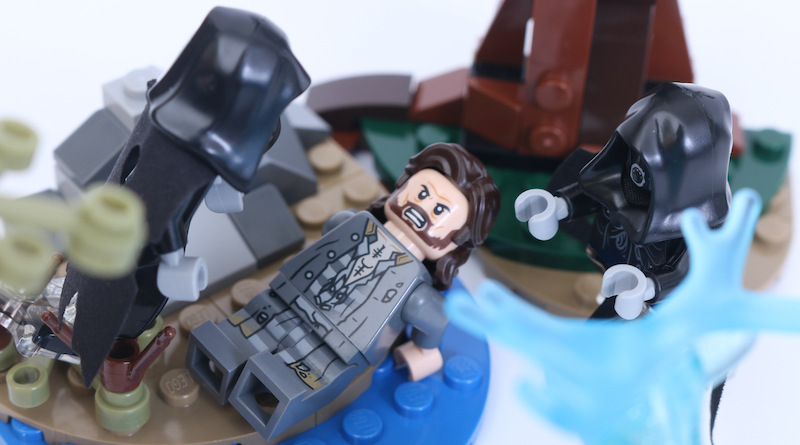 As one of the lower priced LEGO Harry Potter sets, 75945 Expecto Patronum has a lot going for it, if by a lot we mean minifigures

75945 Expecto Patronum is at once an expensive and packed-with-LEGO-goodness set. How so? It’s in the details, specifically in a very low piece count countered by fantastic minifigure quality.

Scanning through the prices of the LEGO Harry Potter sets since their return to shelves last year, 75945 Expecto Patronum sits as one of the lowest priced releases so far, yet at the same time it has the highest price-per-piece ratio across currencies, by some margin. Where most of the other sets sit between 7p-per-piece and 12p-per-piece, 75945 Expecto Patronum costs 16.5p-per-piece. It matters as you really feel it in the all of five minutes it takes to build this set. Value is more so worth considering when looking at LEGO Harry Potter sets in general, given that if you wanted to pick up the latest two half-waves of releases totaling seven sets, it will set you back £285 – at that price, value and where you find it matters. 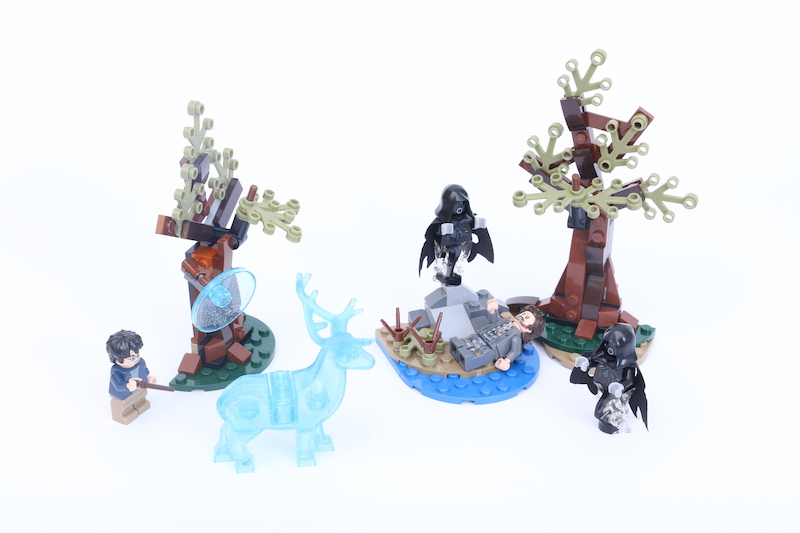 The minimal piece count is unavoidably disappointing, translating to two tree fascias. As a positive, there is a very efficient demonstration here of maximising construction with as few pieces as possible (as it has to…) and they include a flick-fire play function to represent the Patronus’ waves striking the Dementors. Unfortunately though, for the piece count, the trees are always going to be noticeably thin, and their role is as decoration and not much more.

Where 75945 Expecto Patronum falls short on pieces, though, it makes up for as a minifigure goldmine, with Harry, Sirius Black and two Dementors. We take a close look at Sirius and all his tattoos in full page glory in Issue 9 of Brick Fanatics Magazine, so we won’t gaze too much upon the latest LEGO Gary Oldman here. Suffice to say, he is a significant upgrade on the 2004 version and one for the collectors and completists.

For those collectors and completists, though, Harry Potter will be a slight point of irritation, where for everyone else, this will be just a solid version of the boy wizard, rocking those new shorter legs. The issue? For those able to purchase the other sets currently available, this same minifigure pops up in 75947 Hagrid’s Hut: Buckbeak’s Rescue and 75957 The Knight Bus. That’s not a criticism of the LEGO Group – Harry is integral to each of these three scenes and in Harry Potter and the Prisoner of Azkaban, he is indeed wearing the same outfit on each occasion too. There’s not much that can be done, and frankly you have to expect a few Potters if you pick up more than one or two of the sets. Still, in one of the three sets something like a slightly different hairpiece or a pronounced different facial expression wouldn’t have gone amiss.

The two Dementors are the same as the one from last year’s 75955 Hogwarts Express, so double the fun, and in contrast to Potter, the more of these the better, such is the intricate level of detail to their design.

Aside from the above, the standout is the stag Patronus, captured in a trans blue mould, with added sparkle to capture the transparent, ghost-like effect. It’s a solid representation and will have wider LEGO fans hoping for a full colour version soon (perhaps for a Winter Village scene?) and LEGO Star Wars fans pining for the day force ghost minifigures arrive.

Is this set worth the money? For £20, the focus is well and truly on the characters included within the set, which stands at five if you include the Patronus.

Sirius Black is a must-have for those collecting every character and the Dementors and Patronus are also great renditions, but, for the price, there’s still not a lot of value to be had. Under scrutiny, it’s only Sirius and the Patronus that are truly exclusive to this set, which compares poorly with every other LEGO Harry Potter set, and is verging on LEGO Star Wars’ territory of check-out-this-new-minifigure-and-nothing-much-else-for-all-your-money. Either wait for 75945 Expecto Patronum to hit the sales, or, save your money and move to the next price point or two, where some real gems in the LEGO Harry Potter line await you.

75945 Expecto Patronum is available now at LEGO.com. You can help support Brick Fanatics’ work by using our affiliate links.