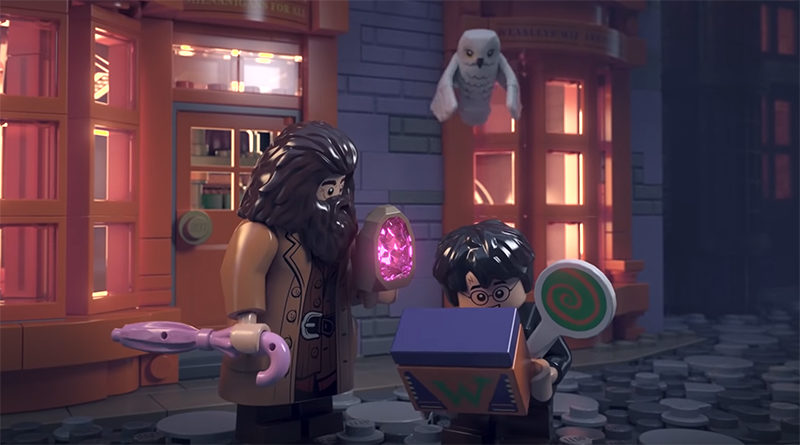 This new animation has been shared on YouTube by the LEGO Group and drops in each of the set’s buildings.

75978 Diagon Alley includes multiple locations as the model is made up of a series of modular buildings, allowing for fans to display the set however they choose. When lined up in a row, the set is 29cm tall, 102.4cm wide and 13cm deep. It uses a massive 5,544 pieces.