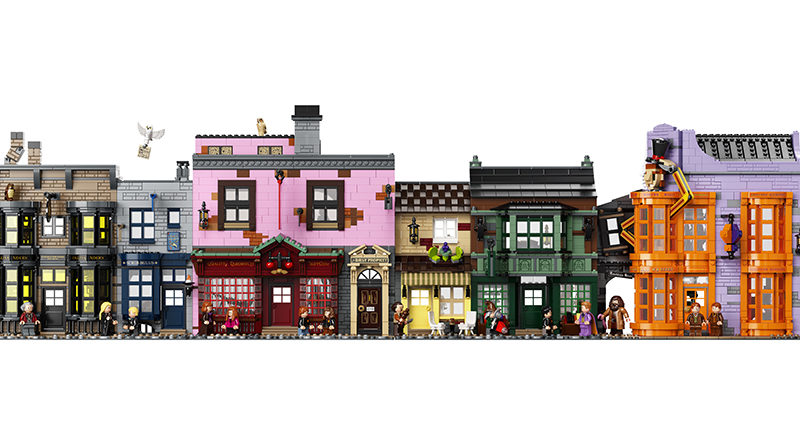 First rumoured back in July, then confirmed at LEGO.com this month, 75978 Diagon Alley has now been unveiled with a selection of images showcasing the enormous 5,544 piece set. The memorable location is represented in all its eclectic glory in the fourth largest LEGO set ever released.

It is made up of a series of modular buildings, allowing for fans to display the set however they choose. When lined up in a row, the set is 29cm tall, 102.4cm wide and 13cm deep.

Here is an extract from the press release:

Measuring more than a meter wide and made up of over 5,000 pieces, LEGO Diagon Alley features the famed wizarding world shops packed with authentic details from the movies to truly capture the ambience of the street.