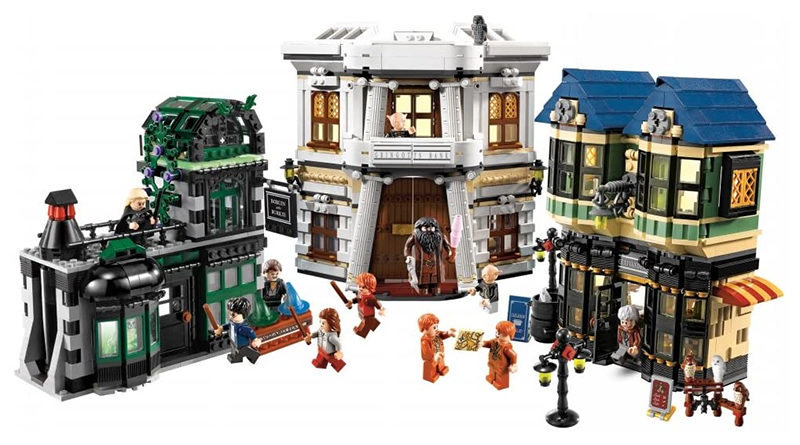 Fans of the Wizarding World may get another opportunity to add the famous street to their collection, with LEGO Harry Potter 75978 Diagon Alley rumoured to becoming in September.

A new batch of LEGO Harry Potter sets recently launched, with the theme rumoured to continue with LEGO Harry Potter 75978 Diagon Alley on September 1. Stone Wars reports that the set will retail for a whopping 399.99 and contain between 4,000 and 5,000 elements.

The website’s information also confirms that the set will be at minifigure scale, rather than being microscale like 71043 Hogwarts Castle. The last version of the location to be released at minifigure scale was 10217 Diagon Alley, back in 2011 (pictured above).

Given the size of the set, fans will be hoping for multiple buildings with interiors. Based on how many minifigures are now included in Harry Potter sets, there is the potential for it to include an all-star cast.

Another rumour suggests that LEGO Star Wars 75290 Mos Eisley Cantina is on the way before the year is out.

As ever, rumours must be taken with a pinch of salt until official confirmation arrives from the LEGO Group or Warner Bros.