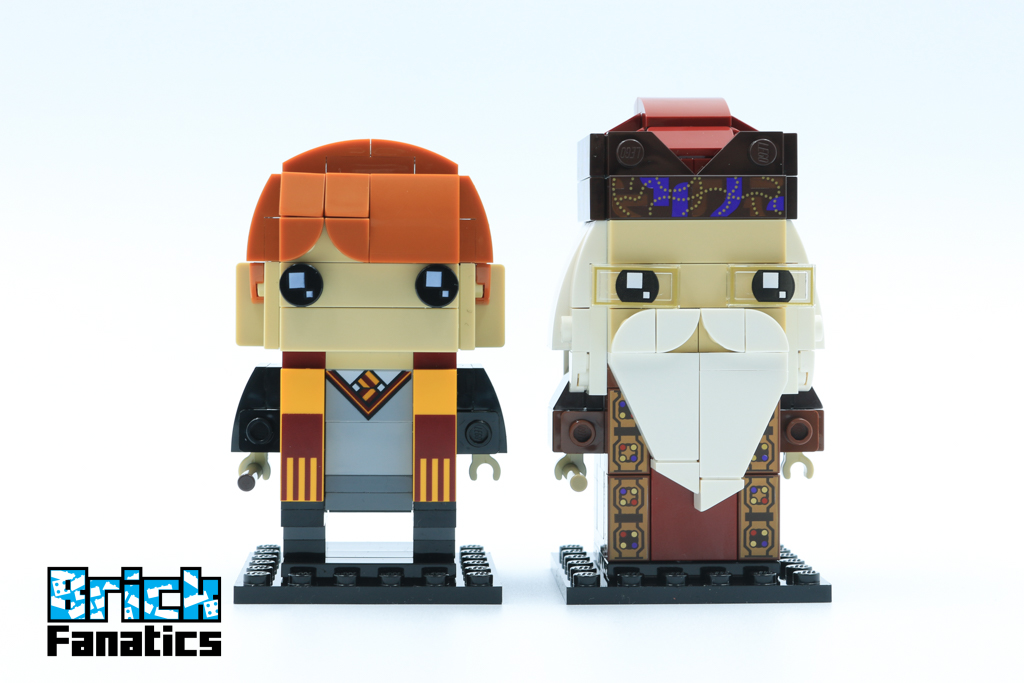 Official images reveal that LEGO BrickHeadz will be releasing sets including the characters of Harry Potter, Hermione, Ron Weasley, Dumbledore and Hedwig.

The next licence to join the LEGO BrickHeadz theme will be the Wizarding World of Harry Potter, as has been rumoured for some time. Three new sets will be released initially, as revealed by io9. 41615 Harry Potter and Hedwig will retail for $15 as the owl is smaller than a regular BrickHeadz model, with 41616 Hermione priced at $10. 41621 Ron Weasley and Albus Dumbledore will be priced at $20, available exclusively at Target stores in the USA.

J K Rowling recently revealed the new LEGO Niffler, as anticipation for the return of the theme increases. At the moment, a number of regular sets and Collectible Minifigures are expected based on classic Harry Potter stories and the Fantastic Beasts movies.